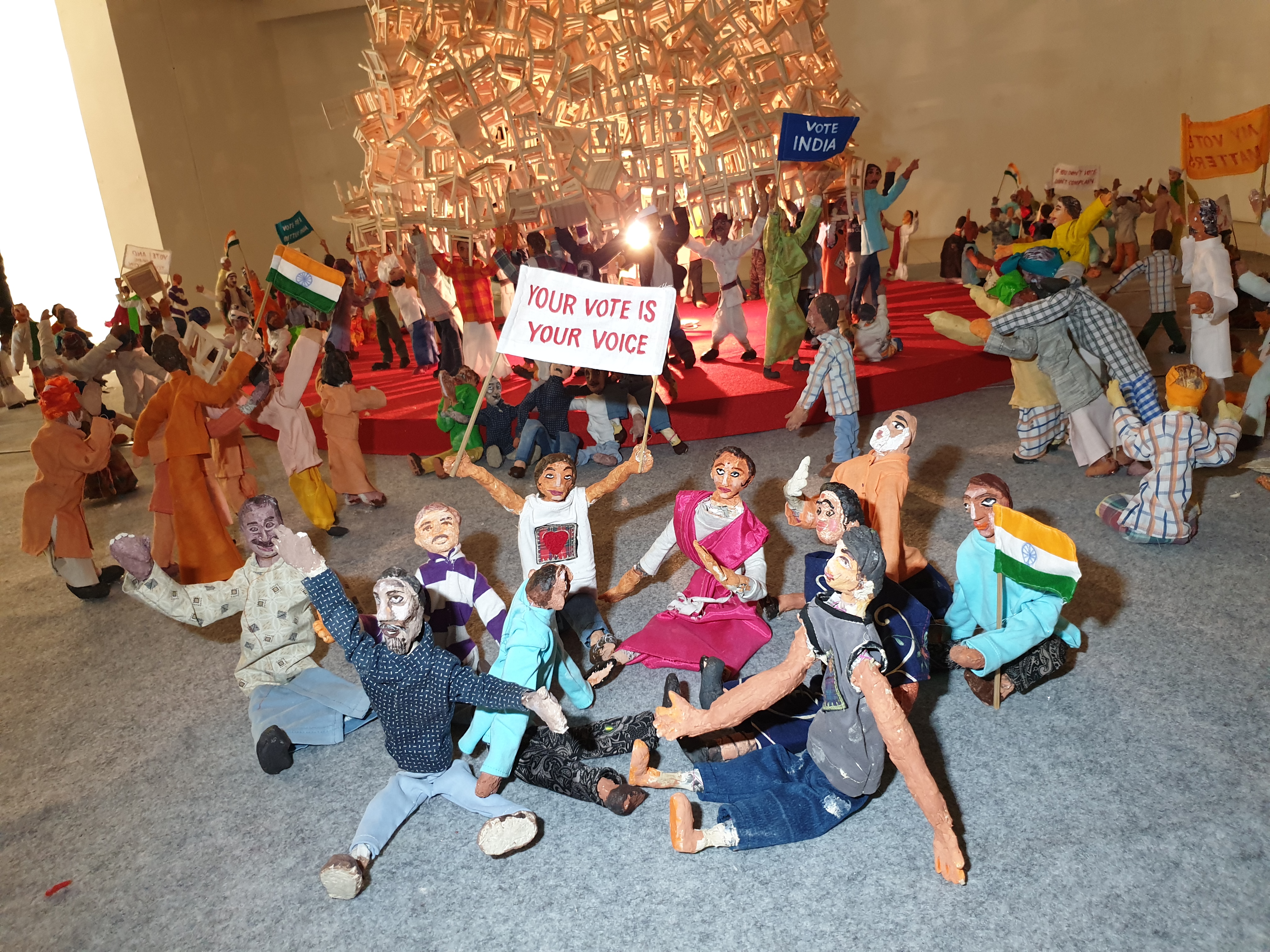 Organised an art installation to spread the message to vote.

In India voting is celebrated as a festival of democracy and the constitution of India states that all citizens of India have a right to vote. Loads of awareness programmes are going on throughout the country to spread the message in people to vote for sure.

Vadodara is also not far behind in educating the voters specially the younger ones and the first timers to use their fundamental rights. Popular Sarjan Art gallery organise a show comprises an art installation with 543 chairs and figures of men and women representing diverse Indian communities.

The concept is by Hitesh Rana and design of the exhibition was implemented by Chetan Parmar to celebrate the festival of democracy. Whichever be the ruling party the story of elections has always revolved around the ‘chair’ or the ‘party chair’ which is a symbol of power and rule. However, the ‘chair’ also has another story to tell. It tells the story of the people who battle through all odds to bring their representative to rule.

To portray the thought the installation comprising 543 chairs represents the number of elected seats in the LokSabha of the Indian Parliament. Each chair is seen being lifted by groups of men and women representing the diverse Indian communities. The figures are clad in traditional outfits with each one striving to push its chair to the top. All the 543 chairs together pile up like a heap with the top most chair as the one of the Prime Minister the head of the government. The installation if seen from top to bottom, creates the feel of being trapped in the whole jungle of political chaos with chairs and people spilling on the floor.

The inspiration to showcase diverse cultures in the installation came from observing people at public places like railway station, bus stands and after a lots of research both the artists give it a final touch. The show is first in the series of art installations planned in the upcoming months in the Sarjan Art Gallery, Vadodara. The show is conceived as a social tool aiming to create awareness amongst the people about elections and in particular about ‘voting’.

The inauguration will be on Friday 12th April by 10 local voters from varied professions.