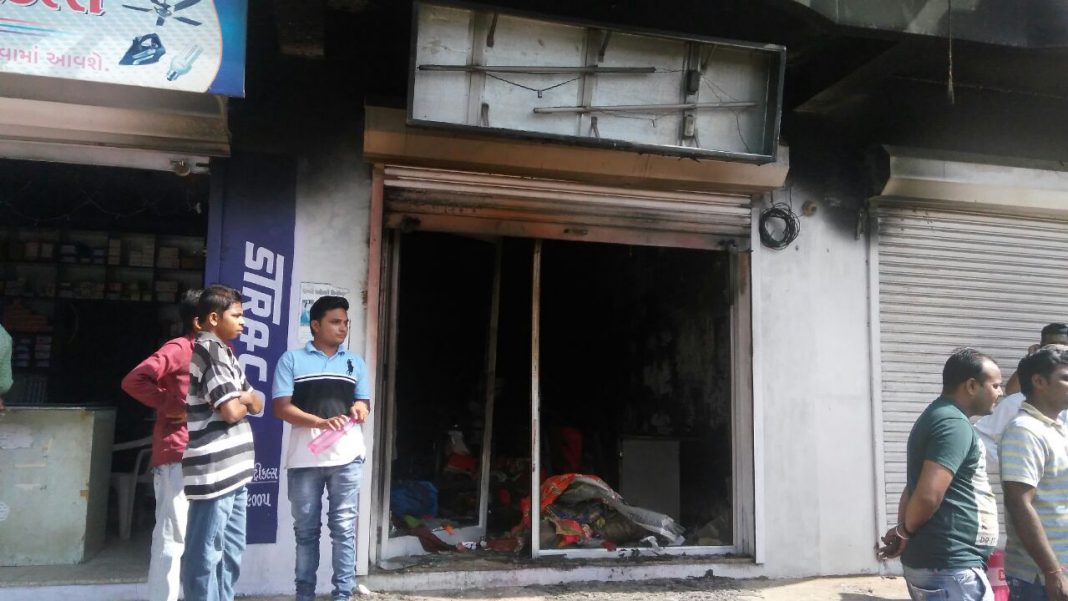 The fire started inside the ‘Sakhi Saheli’ saree shop in Kashivishwanath complex in Manjalpur area of Vadodara city. The locals after saw the smoke coming out from inside the shop and informed the fire brigade first and then the owner of the boutique. “As per our regular routine I closed the shop around 10pm at night and went home. But I recieved a call in the morning about smoke coming out of the shop. I reached a saw the fire fighter are already reached and douse the fire. As of now I don’t know the exact reason of the fire but the loss is heavy and in lakhs,” said Amrish bhai owner of the boutique. The Manjalpur fire brigade reached the spot after the call and doused the fire after continuous spray of water. One fire engine and water mouser was used to control the fire.