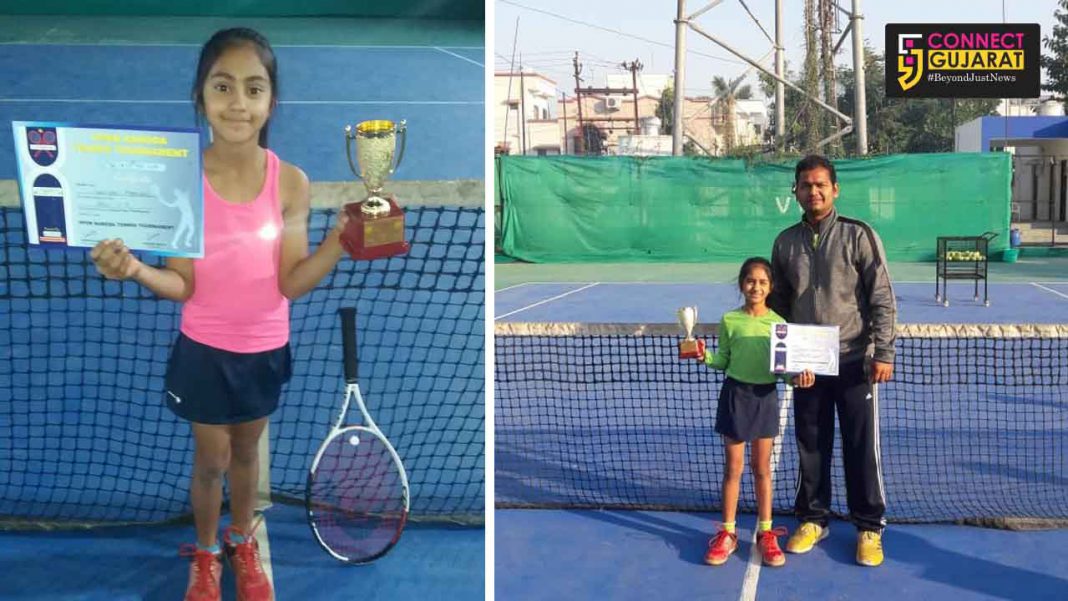 Pushpak Tennis Academy, Sevasi has conducted Baroda Open Tennis Tournament for Boys and Girls during 21 to 23rd Dec. 2018. Under various age category Santushti Agrawal of Baroda Tennis Academy won in Girls Under 8 Category with score of 4-0 in Best of 7 Games in the Final.

Santushti is a student of Class-III of Ambe School CBSE, Manjalpur and her father Mukesh Agrawal, who is working with Mahindra lntertrade, Savli, as Chief of Vadodara Plant.

Santushti has been playing Tennis from last one year at the age of 7 years has won many tournaments in her academy in Orange and Green Ball. From last 3 months, she has been taking personal coaching under various coaches namely Dharmesh , Dhaval and Akshay Sir of Baroda Tennis Academy, Manjalpur.

Santushti has been working very hard for her game playing minimum 3 hours every day.  She is well supported by her parents and brother Utsav Agrawal Age 15, who is also a budding young Tennis Player.

With this win, she has become the young sensation of Tennis Champion Under-8 Category in Baroda.