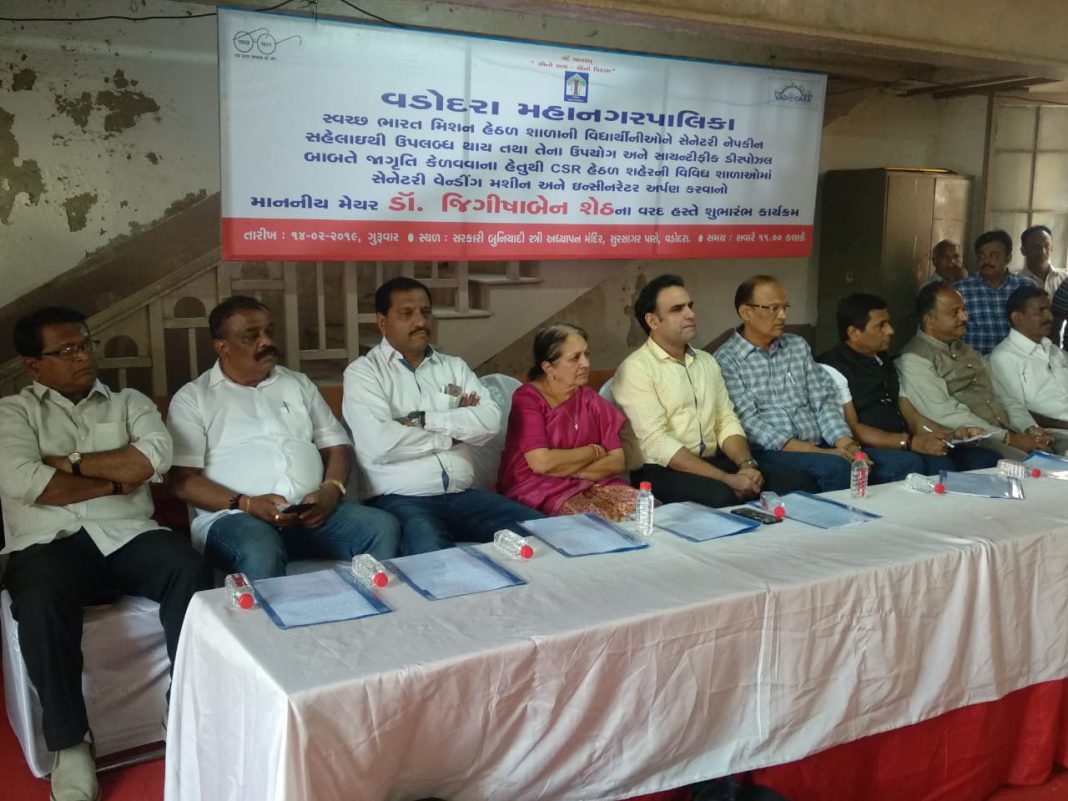 In view of personal hygiene of school students Vadodara Mahanagar Seva Sadan (VMSS) is going to install sanitary napkin vending machines at various schools of the city. 10 such machines will be installed in the first phase followed by 100 such machines in future.

On Thursday the city Mayor inagurated the first such sanitary vending machine at Buniyadi Stree Adhyan Mandir School for the students. Inserting a five rupee coin the girls can get the napkins for their use.

The aim is to aware the students about personal hygiene during periods and dispose the napkins scientifically. Incinerator is also put there along with the vending machines.