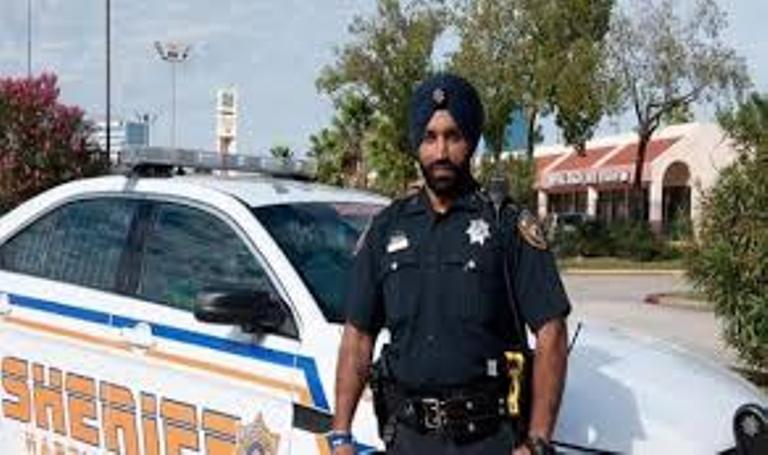 Sandeep Dhaliwal, a 42-year-old Indian-American Sikh police officer was shot dead during a mid-day traffic stop in US State of Texas. Dhaliwal, the first-ever turbaned Sikh cop to serve Texas became a national figure after convincing the Texas police department to allow him to wear religious attire and grow a beard while on patrol. He had been pushing for a historic expansion of religious rights in the department.

As per the officials, Dhaliwal, a 10 year veteran, was attacked when he stopped a vehicle with a man and woman inside and one of them got out and shot him at least twice in a ruthless, cold-blooded way. Later, the shooter ran away to a nearby shopping centre.

After a brief search, authorities arrested the 47-year-old Robert Solis and “charged with the capital murder”. It is not yet clear if it was a hate crime.

Reports claimed that Dhaliwal was shot in the head multiple times. He was airlifted to the hospital, where he took his last breath.

Reacting over the killing Foreign Minister S Jaishankar said,”Deeply grieved to learn of the shooting of Deputy Sandeep Singh Dhaliwal, a Sikh Indian-American officer in Houston, USA. We have just visited that city. My condolences to his family.”

“He was a hero, a trailblazer. There are no words to speak to how heartbroken we are, how devastated,” he added

Sheriff Ed Gonzalez, a close friend of Dhaliwal said that the entire Texas police department is “heartbroken to lose a hero, a leader in this violent tragic manner."