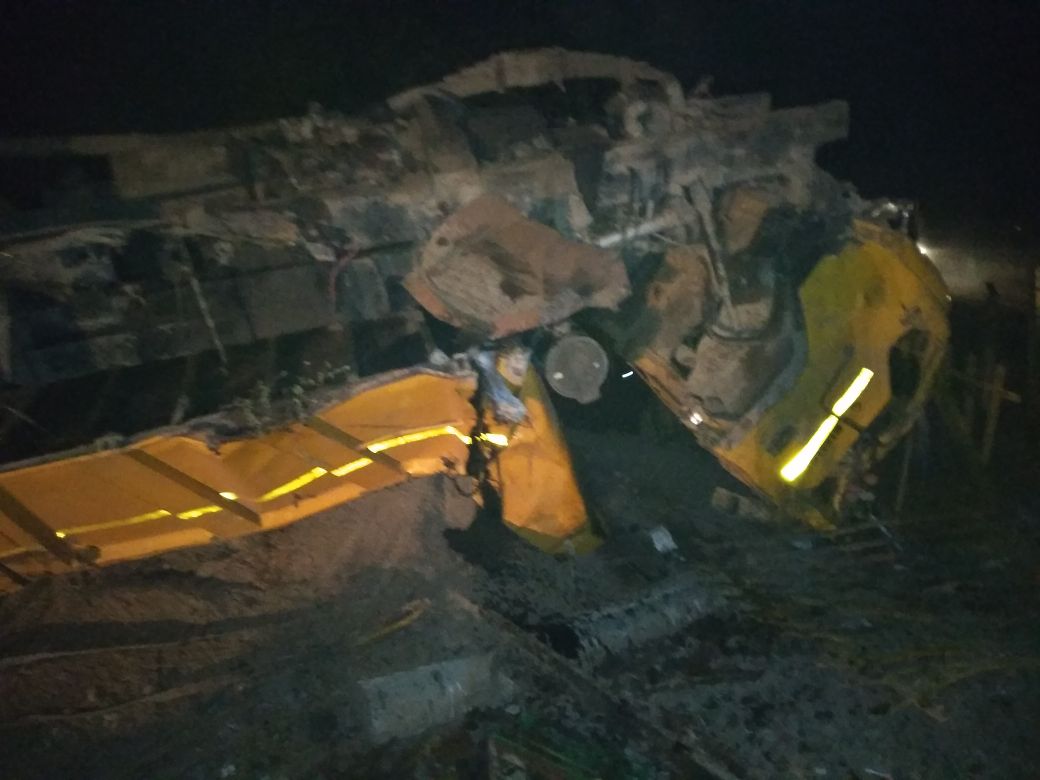 A sand laden truck turned turtle on railway crossing near Palaswada village in Dabhoi resulting in traffic jam for nearly three hours on the stretch. The railway crossing and track was damaged due to the late night incident.

As per the details the railway crossing near the Palaswada village was almost open most of the time as the train pass through it in the morning time. On Thursday night the sand laden truck passing from the track suddenly turned turtle resulting in traffic jam from Vadodara to Dabhoi and Dabhoi to Vadodara.

As the news spread the railway officials and the police reached the spot and started the efforts to clear the truck with the help of the crane. The efforts are also to remove the sand spread on the tracks.

In the late night incident the most suffered are the vehicle owners who have to wait inside their vehicles till the traffic was cleared. Railway track and gate was damaged in the accident and injured truck driver and cleaner was rushed to the nearby medical facility. Police registered the negligence and loss to government property case and further investigating.