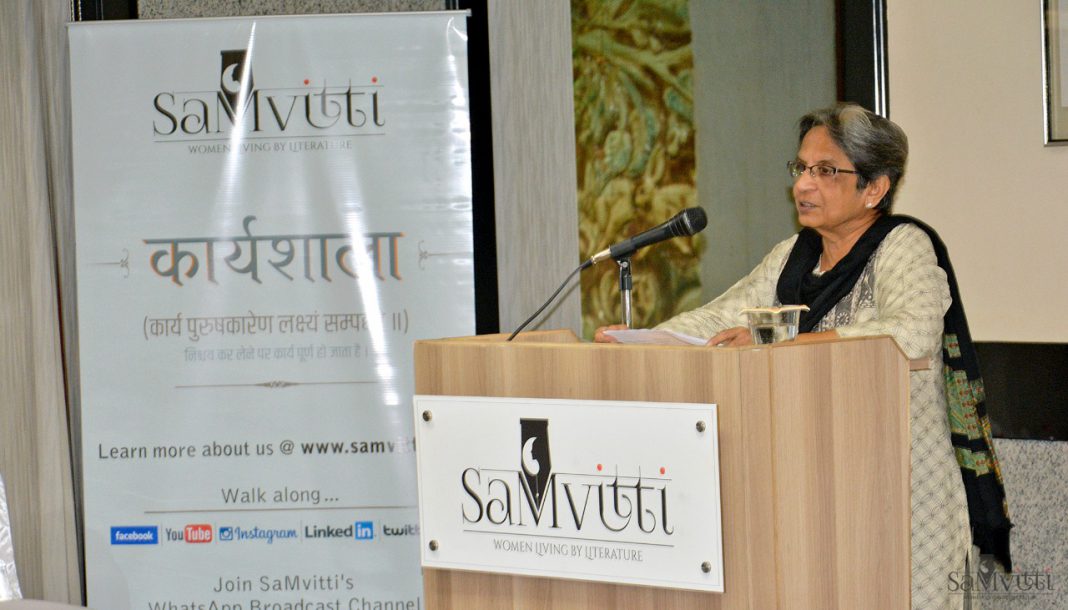 The SaMvitti Foundation, a Vadodara-based organization aiming at actively connecting women with literature and arts, organized a half-day workshop for women participants on the theme of short story-writing and creativity on 28th July 2018 by well-known Gujarati short-story writer Himanshi Shelat.

More than 70 women from different backgrounds participated in this workshop and received guidance from Shelat on the process and elements of short story writing.

Shelat narrated her own story titled “Gomtistrot” and explained various elements of theme, plot, characters, narration and linguistic devices through this. She then suggested that a good story is a product as much of technique and the inner consciousness of the writer who experiences a complete freedom within. 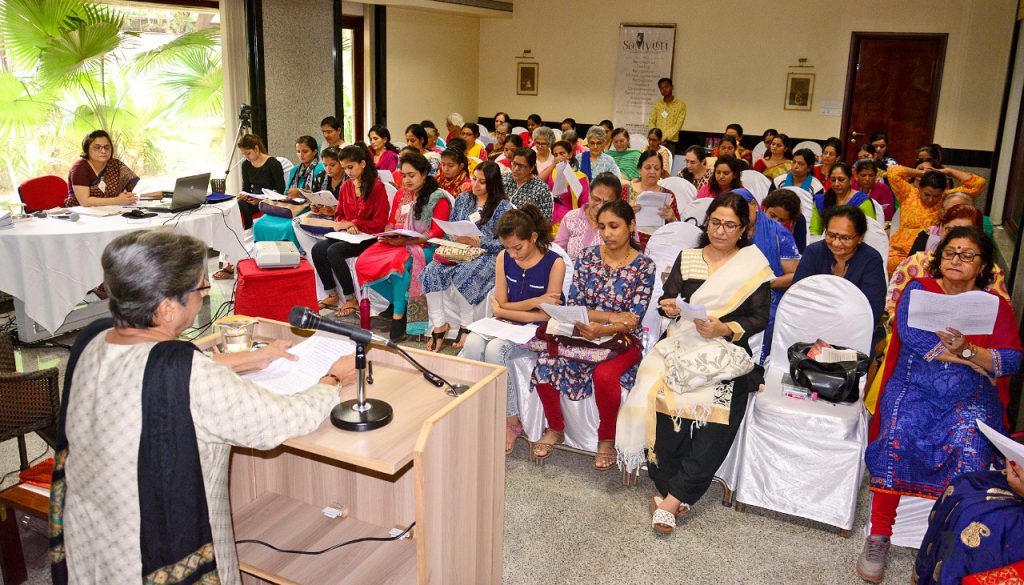 Literary writing, in her view requires a lot of efforts and revisions before it becomes publishable. Also, it requires use of diverse linguistic devices and techniques which can be learned only by regular writing practice.

In the second half of the workshop, Shelat interacted with the participants and answered their queries on the challenges and potential of writing. She also urged that every writer must actively resist the injustice and exploitation that they see society around rather than remaining a mute witness to the same.

Writing has to be pursued as a means of both personal as well as social change. She also gave examples from her own life experiences to reiterate this viewpoint.