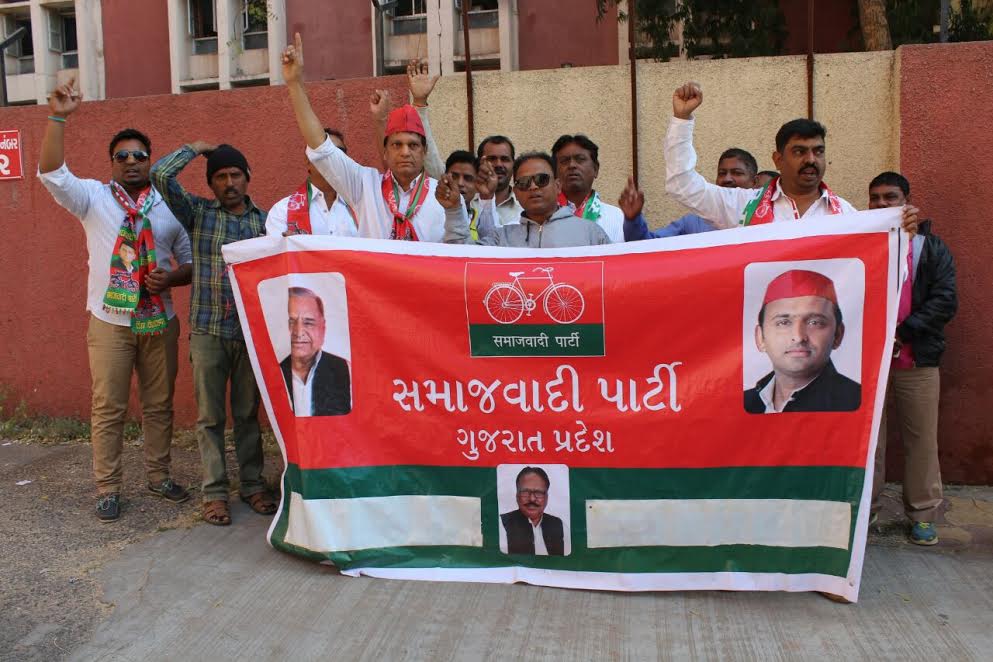 Samajwadi Party Vadodara branch give a memorandum to the police Commissioner on Friday to free the liquor ban in Gujarat. They argued that liquor is good for health and also doctors recommend to drink it in limit for good health.

The members of the party reached police bhavan and raise slogans against the police action on the people during the raid at the high profile liquor party. Not only that they alleged the liquor is easily available in Gujarat and the government should free the ban in the state.

The President of Samajwadi Party Vinod Shah said that they condemn the police action during the raid at high profile liquor party at Akhand farm. He said in the release that their sympathies are with the businessmen and their families and they condemn the way police treated them specially the ladies.

He further said that if police want to raid then they should raid at the border of Gujarat where the liquor is sold freely. Moreover he said that the liquor is easily available in Gujarat and alleged that police knew it. If the Gujarat government want then they should cancel the permit of people, hotels and the wine shops and then it will be liquor ban in true state.

He said the country is moving towards 21st century and is becoming smart and 99% people knew their limit of drink. So how can government teach them for the same. He further added that people are smoking cigarette, beedi, tobacco and it’s affects their health so why not they ban them. He said drinking liquor in limit is good for health and the doctors also recommend that. So they request the government to remove the liquor ban in Gujarat.

PM Modi to interact with state & district officials across country...

Indian Navy Search and Rescue in view of cyclone Tauktae