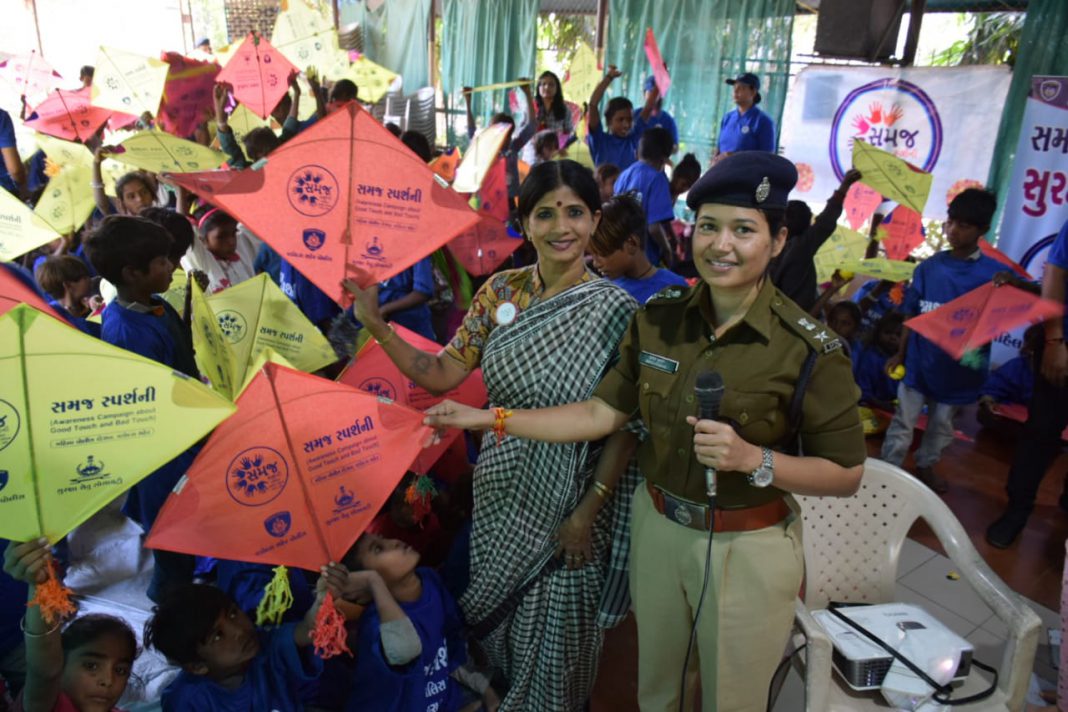 Spread awareness in children towards good and bad touch.

When we are talking about ideal society the rising incidents of molestations towards little girls raise the question about the safety of children in the society. Lots of campaigns are running to aware the society but it needs to reach the large population of people which helps in control such crime.

Vadodara city police is running a unique campaign titled ‘Samajh Sparsh Ki’ to aware the children and the parents about Good and Bad touch. Brain child of IPS officer Saroj Kumari who works as Deputy Commissioner in Vadodara started the campaign to fight sexual harassment towards children. The aim is to make the children confident enough to fight with such offenders and get to know the difference between Good and bad people.

DCP Saroj Kumari showed the film on the topic to over 500 children and parents and also guide them to never skip studies and maintain cleanliness for healthy society.

Suraksha Sutra kit and Suraksha Sutra card was also distributed by the team in the seminar. “With the help from social organisations the Samajh Sparsh Ki team is spreading the message to the children through various mediums. The campaign recieves great response and we notice the change in the children and their parents,” said Saroj Kumari.