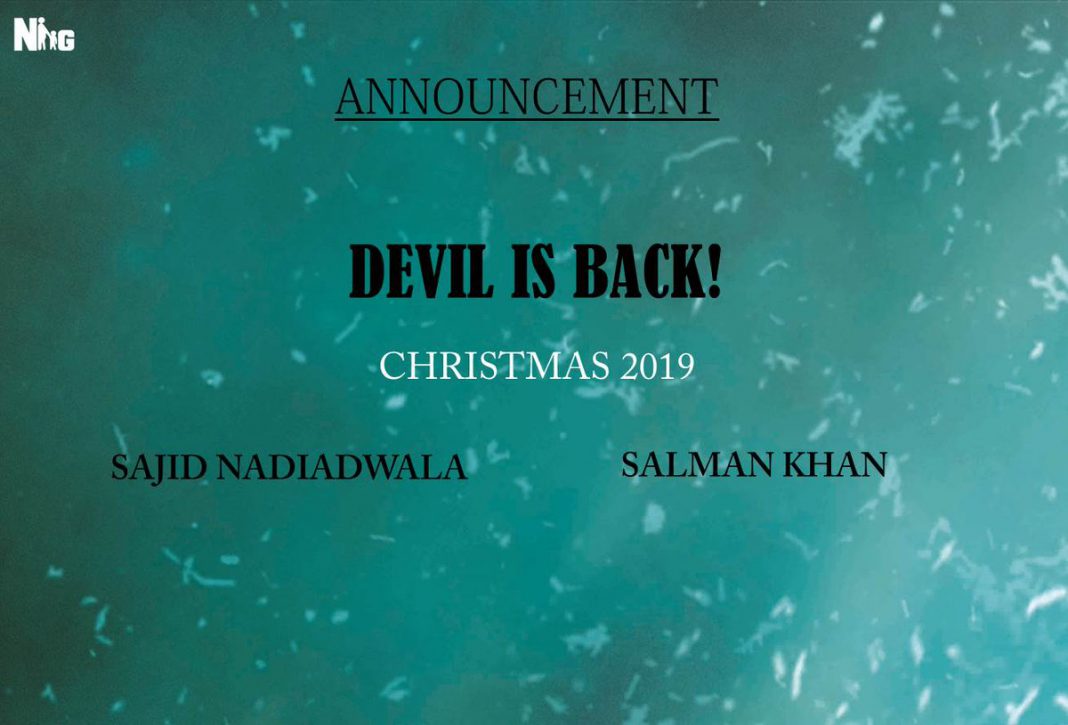 Its a good news for all Salman Khan fans as the Sajid Nadiadwala directorial ‘Kick 2’ starring Salman Khan has locked the date for Christmas 2019 release.

The action thriller will mark the sixth collaboration of the actor-filmmaker duo after blockbuster hits like Judwaa, Kick, Har Dil Jo Pyaar Karega amongst others.

Sajid Nadiadwala’s Kick was the first ever film to enter the 200 crore Club creating a record for other films to follow. After the blockbuster success of Kick, Sajid Nadiadwala is all set to present the sequel with Kick 2 next Christmas.

The action thriller showcased Salman Khan as the delivish Superhero for the first time. The unusual Superhero became an instant hit, generating anticipation for a sequel.

With Bhaarat releasing on Eid 2019, Salman Khan is all set to treat the festive season of Christmas with Kick 2.

Superstar Salman Khan has always been known to release his films during Eid. His Films released during the festive period of Eid always shattered Box Office Records and have set a benchmark for other films. However with films like Dabangg 2 and Tiger Zinda Hai and the upcoming Kick 2, Salman Khan is all set to create waves on Christmas too.

Kick 2 will mark the second directorial venture of filmmaker Sajid Nadiadwala, Kick being the first.

After the blockbuster success of Tiger Zinda Hai and the upcoming Race 3, the audience will be up for a treat yet again to witness Salman Khan in an action role.