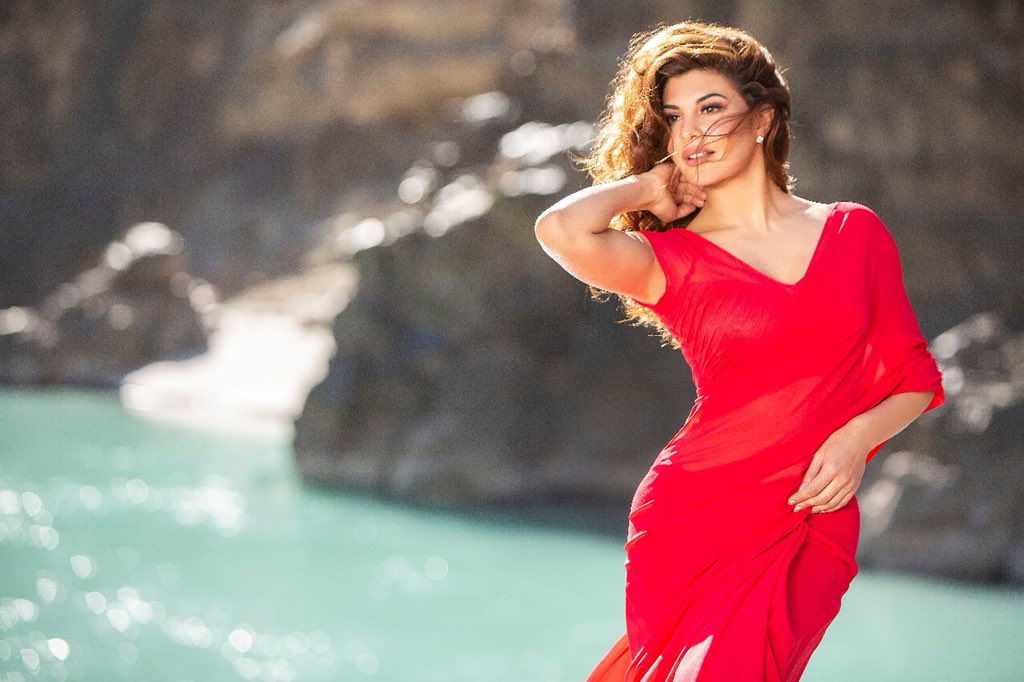 Adding to the excitement of ‘Selfish’, Salman Khan teases the audience with a sneak peek into the upcoming song with a sizzling picture of Jacqueline Fernandez.

Jacqueline is seen donning a red saree for the first time on screen and is burning the screen with her oozing hotness.

Jacqueline Fernandez who has earlier admitted her love for sarees, said she never leaves an opportunity to drape one. The actress looks spectacular as she dons a red saree for the first time on screen.

‘Selfish’ is penned by none other than Superstar Salman Khan and is crooned by Atif Aslam and Iulia Vantur. ‘Selfish’ marks Atif Aslam’s return to the franchise who has delivered ‘Pehli Nazar’ and ‘Be Intehaan’ for the earlier installments respectively.

Salman Khan and Jacqueline Fernandez will be seen teaming up once again for Race 3, after the blockbuster success of Kick. The sizzling chemistry of the duo worked wonders at the box office.

The recently released track Heeriye showcases the sizzling chemistry between the leading pair. Set in a club setting, the song features Salman Khan and Jacqueline Fernandez grooving to the funky music.

‘Race 3’ will not only be Salman Khan and Jacqueline Fernandez’s second film together but also their second Eid release. While Kick minted recording breaking amount at the box office, Race 3 has also got the audience extremely excited to witness the magical pair sizzle on screen again.

Marking the festive season of Eid, Race 3 proves to be a complete festive bonanza, with action, family drama, suspense, romance and promise of blockbuster songs.

Starring an ensemble cast of Salman Khan, Jacqueline Fernandez, Anil Kapoor, Bobby Deol, Saquib Saleem and Daisy Shah, the action thriller is undoubtedly one of the most awaited films.

Produced by Salman Khan Films and Ramesh Taurani under the banner of Tips Films, Race 3 is directed by Remo D’souza and will hit theatres on 15th June 2018.