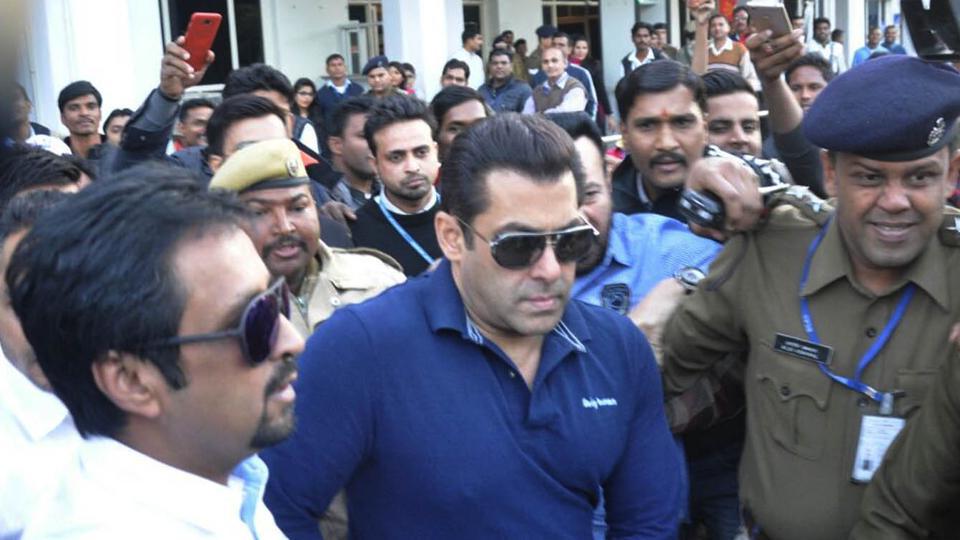 Salman Khan, who is stranded in the Arms Act case reached in Jodhpur court. He left from his home from Galaxy apartment in Mumbai. Salman will attend the Jodhpur court on Friday to confirm his bail.

Since 1998, there is a case against Salman Khan for keeping illegal arms and hunting in Jodhpur. Salman is accused of hunting the black deer of protected species and using non-licensed weapons during the shooting of ‘Hum Saath-Saath Hain’. However, the trial court acquitted him in this case in January.