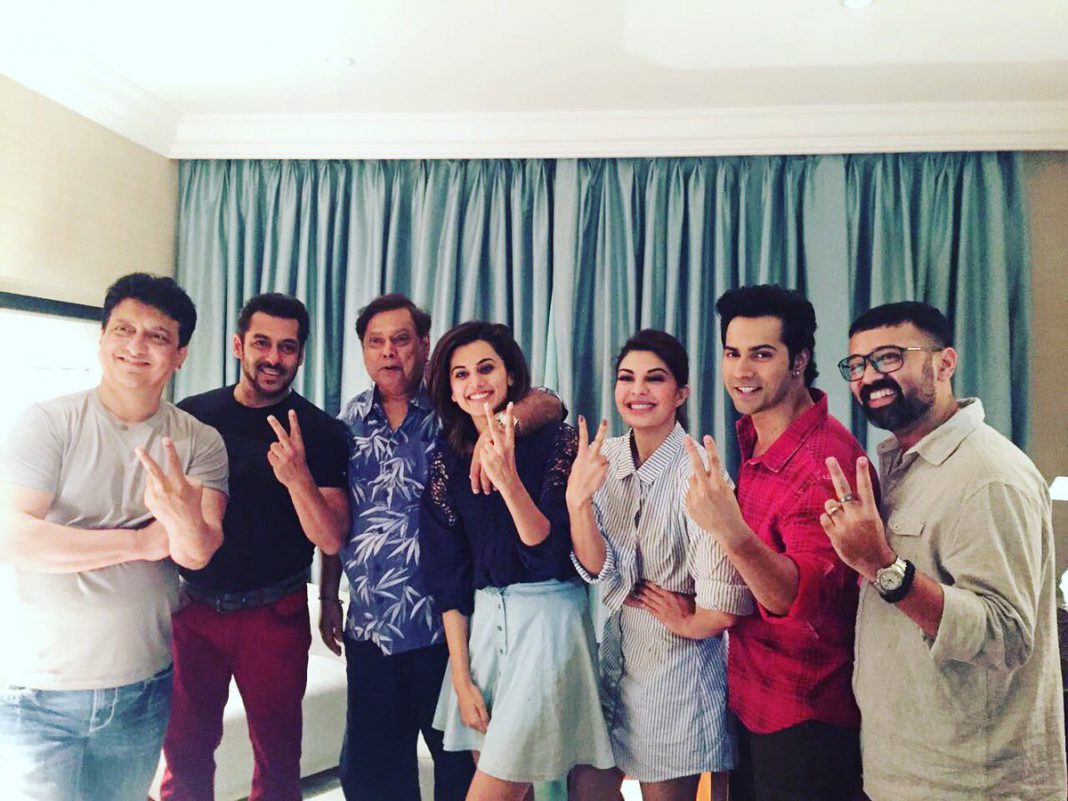 Salman Khan joined the team of ‘Judwaa 2’ on Saturday and he shot with the star cast of the film. Salman is doing a guest appearance in the film.

The film stars are Varun Dhawan, Tapi Pannu and Jacqueline Fernandes. Varun has shared a picture from the film set, in which Salman is seen with the whole team. He has given caption “ #judwaa2 just got bigger. Shot with my childhood hero @beingsalmankhan. I’ve grown old but he’s definitely the same. Can’t wait SEPT 29th”.

#Judwaa2 just got bigger. The man @BeingSalmanKhan is in it now pic.twitter.com/HH3j5lOC0A

David Dhawan directing the film. Varun has also worked in his father’s movie ‘Mein Tera Hero’ before this.

Significantly, this film is a sequel of the 1997 Salman-Karisma and Rambha starrer ‘Judwaa’. The film will be released on September 29.