Connect Gujarat
#Beyond Just News
More
Home Lifestyle Entertainment Salman Khan feels there is no one better than Jacqueline Fernandez in... 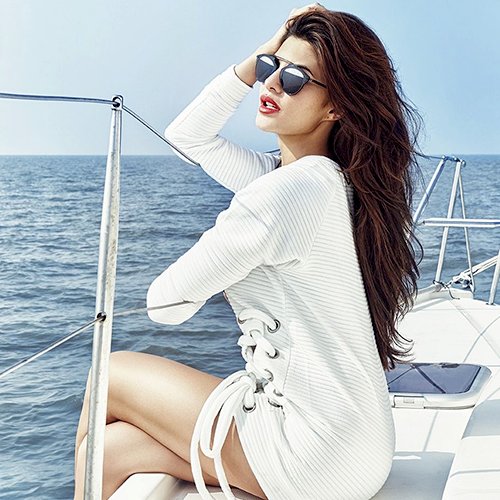 Superstar Salman Khan feels in this current generation there is no one better than Jacqueline Fernandez.

Recently the team of  ‘Race 3’ visited the sets of Madhuri Dixit’s reality show ‘Dance Deewane’ to promote their film.

Salman Khan and Jacqueline Fernandez were also seen grooving on their romantic track ‘Heeriye’ from Race 3.

During the interaction with the judge of the show Madhuri Dixit, Jacqueline Fernandez expressed her feelings to her on recreating Ek Do Teen song.

Jacqueline said that she didn’t know that God would be so kind to her that she would get an opportunity to sing and dance on such an iconic song like ‘Ek Do Teen’.

Even before Jacqueline could complete, Salman Khan immediately interrupted her and said that she is the best that this generation has got.

Salman Khan was heard saying,”Because in this current generation there is no one better than you yaar!”

After Salman Khan, even Madhuri praised Jacqueline, she said,”I love the way you dance and I think you are so you are so pretty and beautiful”.

Jacqueline Fernandez will be next seen in Race 3 alongside superstar Salman Khan.

The film will once again bring back the super hit pairing of Superstar Salman Khan and Jacqueline Fernandez’ after their blockbuster hit film Kick 2.