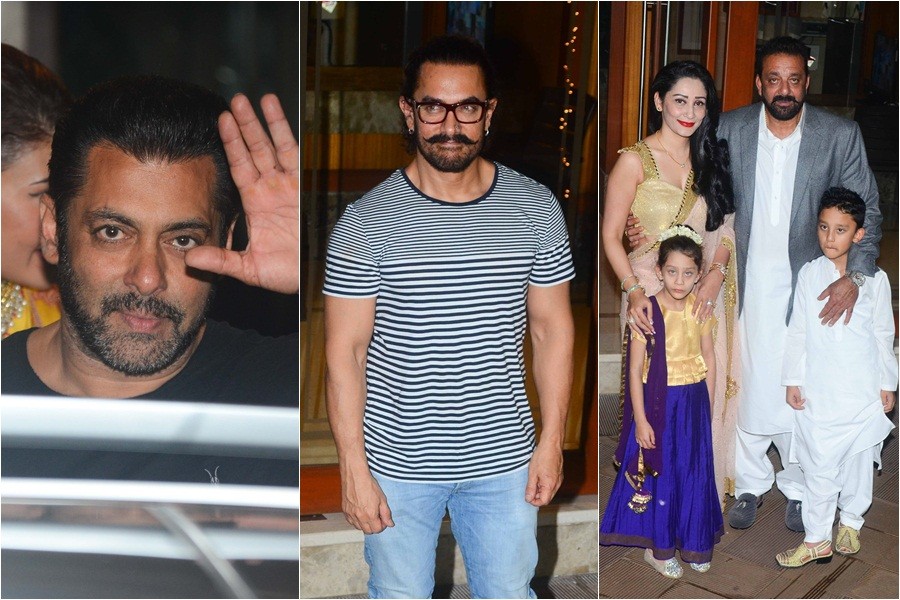 Sanjay Dutt, who is favourite among the film fraternity, threw a lavish party to celebrate the festival of lights with friends at his residence in Mumbai on October 18.

Salman Khan and Aamir Khan with other celebrities made a grand entrance at Sanjay Dutt’s Diwali party. Here this is to be noted that from last long time rumors was on peak about cold war between Sanjay Dutt and Salman but presence of Salman in Party was the reply to the rumors proving it wrong. Jacqueline Fernandez, who has worked with Sanjay Dutt in 2009 movie Aladdin was also spotted in party. Rajkumar Hirani, who is currently working on the biopic based on the life of Sanjay Dutt, was seen with his wife Manjeet Hirani to share some moments of joy with the Dutt family. Filmmaker Vidhu Vinod Chopra alongwith his wife Anupama, were also a part of the celebrations. Rishi Kapoor and wife Neetu Kapoor were also seen enjoying festival of lights with the Dutts at their residence.