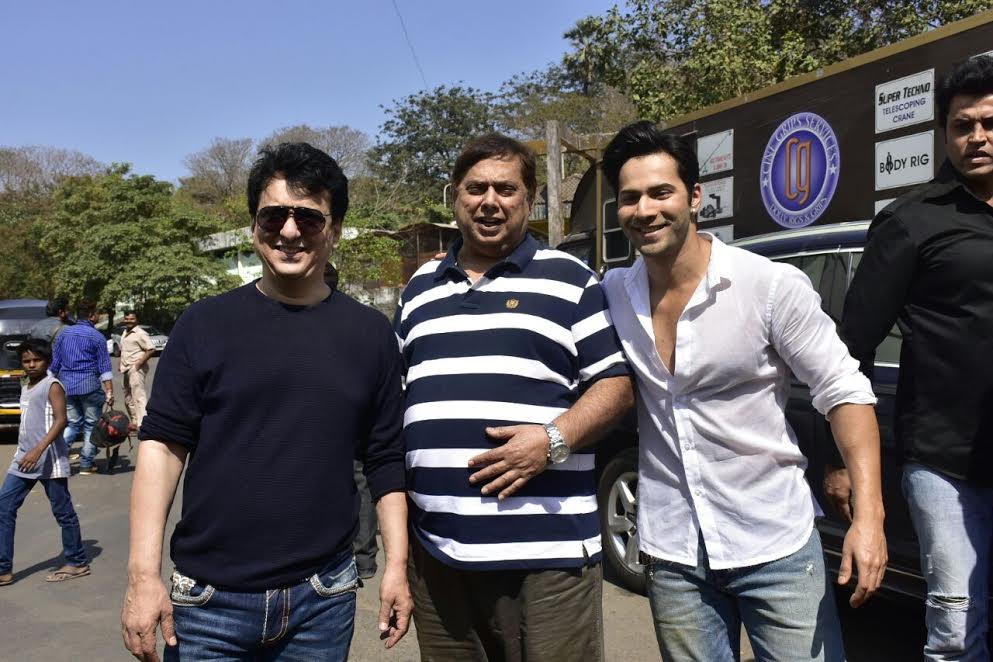 Sajid Nadiadwala had held a warm get-together for the double celebration of the ‘Judwaa’ franchise. The Salman Khan starrer out and out entertainer ‘Judwaa’ completes twenty years of its release and ‘Judwaa 2’ coincidentally commences shoot in the same week two decades later.

The lunch party was a close-knit get-together for the distributors, and for everyone associated with the ‘Judwaa’ franchise. The media were specially invited for an interesting round of interaction. Varun Dhawan, who was busy in shooting, made it a point to change, freshen up and join Sajid Nadiadwala, father David for the goodwill of the franchise and share his insights on getting into Salman Khan’s shoes from its super hit prequel.

The actor expressed how big a fan he is of the original movie and how excited he is for his double role debut as Raja and Prem. Producer Sajid Nadiadwala was in a rather light-hearted mood, reminiscing about the journey of ‘Judwaa’ and articulated how there couldn’t have been a better time than this to commence shoot on ‘Judwaa 2,’ and how this ironic occasion definitely called for a twin celebration with the media and people associated with Judwaa.

Director David Dhawan was rather nostalgic and emotional as he talked about his experiences and memories from ‘Judwaa’ and also expressed his excitement to direct his son once again in ‘Judwaa 2.’ ‘Judwaa’ has beautiful memories for the audience as a thorough entertainer with outstanding performances and super hit songs where Salman Khan’s comic timing was exceptionally loved and applauded and he was seen romancing Karisma Kapoor and Rambha.

Varun Dhawan will be seen sharing screen space with Jacqueline Fernandez and Taapsee Pannu and the shoot has commenced on a divine note with a high-energy Ganpati song.

‘Judwaa 2’ brings the power-house duo Sajid Nadiadwala and David Dhawan back together to titillate and entertain the audience to the fullest. The movie is slated to release on 29th September, 2017.

Yash is all set to start the final leg of shooting...