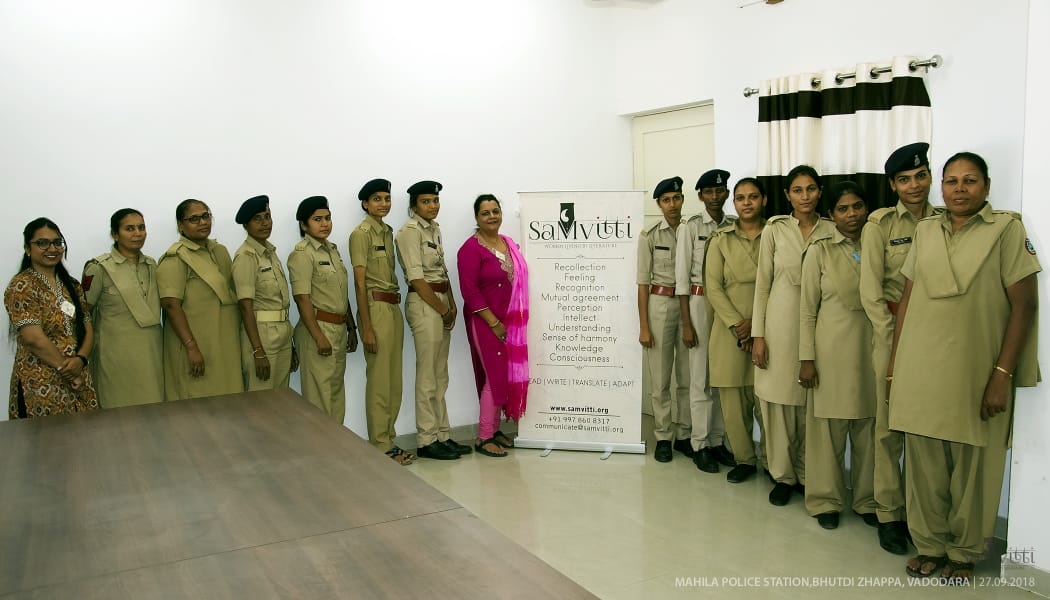 The session focus on the scenario during India Pakistan partition

SahityaMitra Shreya Sanghvi Shah from SaMvitti foundation narrated the short story of 'Toba Tek Singh’to the staff members of Mahila Police station in Vadodara. Written by Sadat Hasan Manto the whole session took the participants towards the scenario during the partition of India-Pakistan following the independence of Pakistan in 1947. Participants could relate to the story with their real life experiences. 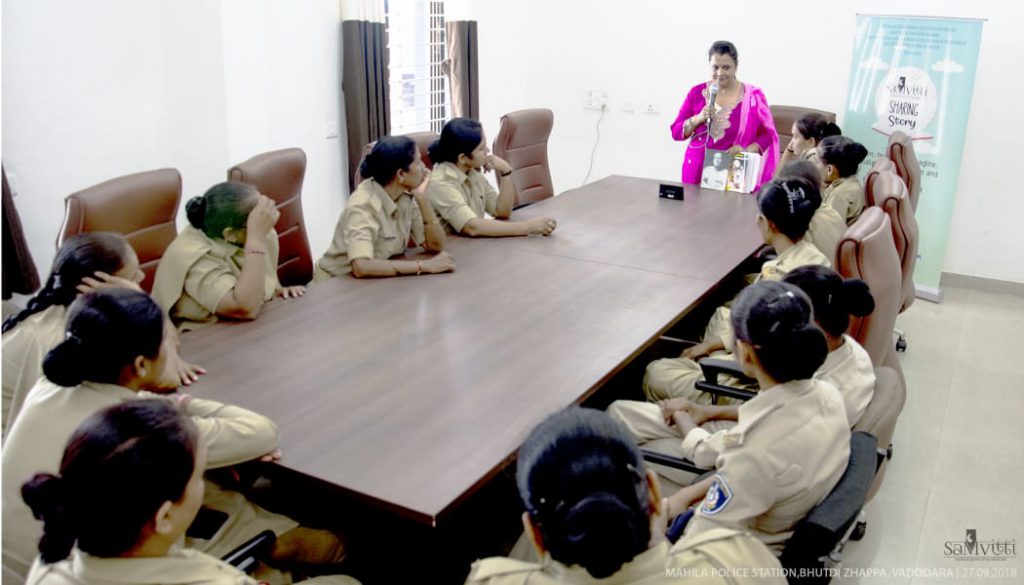 The story recounts the effects of partition on a very particular portion of the population. The protagonist of the story is a Sikh inmate of an asylum in Lahore named Bishan Singh. Everyone in the asylum calls him Toba Tek Singh, by the name of his village. He is almost bald and his legs swollen because he seems to be standing all the time.

He has a habit of speaking this meaningless phrase, “Upar di gur gur di annexe di bedhiyana di moong di daal of di Pakistan and Hindustan of di durr phitey mun”, which means: "The inattention of the annexe of the rumbling upstairs of the dal of moong of the Pakistan and India of the go to bloody hell!" 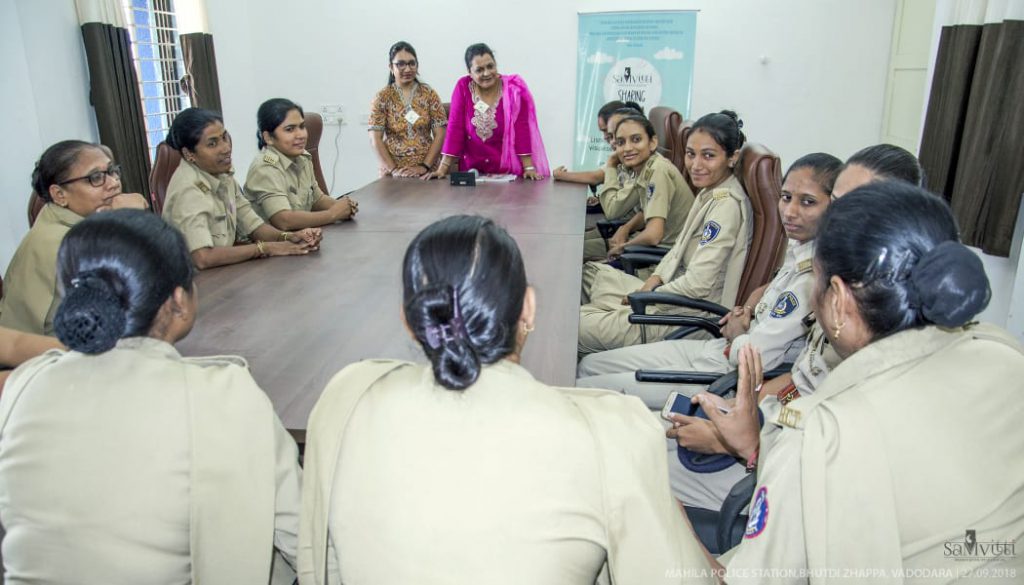 Family members, who used to visit him, now no longer come. He repeatedly asks his fellow inmates whether Toba Tek Singh (his old town) is in India or Pakistan, but nobody knows the answer. One day Fazaludin, an old Muslim friend from his village, visits Bishan Singh, who doesn't recognize the man.

Fazaludin shares that Singh's family has safely gone to India. Fazaludin also shares that only his buffaloes and their calves are left back. Singh asks him whether he knows about Toba Tek Singh. In answer to Singh's question he replies, “In India…no, in Pakistan.”

The transfer of the inmates takes place on a cold winter evening. Hindu and Sikh lunatics are boarded on buses and taken to the border. When Bishan Singh steps down from the bus and is asked to register, he asks the officer, “Where is Toba Tek Singh, in India or Pakistan?” The officer replies that it is in Pakistan now. Bishan Singh attempts to run, but is overpowered by the Pakistani guards who try to push him across the dividing line towards India. However, he refuses to move.

The story ends with Bishan Singh lying down in the no man's land between the two barbed wire fences of India Pakistan. In between, on that piece of ground that had no name, lay Toba Tek Singh.”

At the end of the session participants could visualise how Toba Tek Singh would have looked like and what would have happened if the same situation had occurred in the present time.