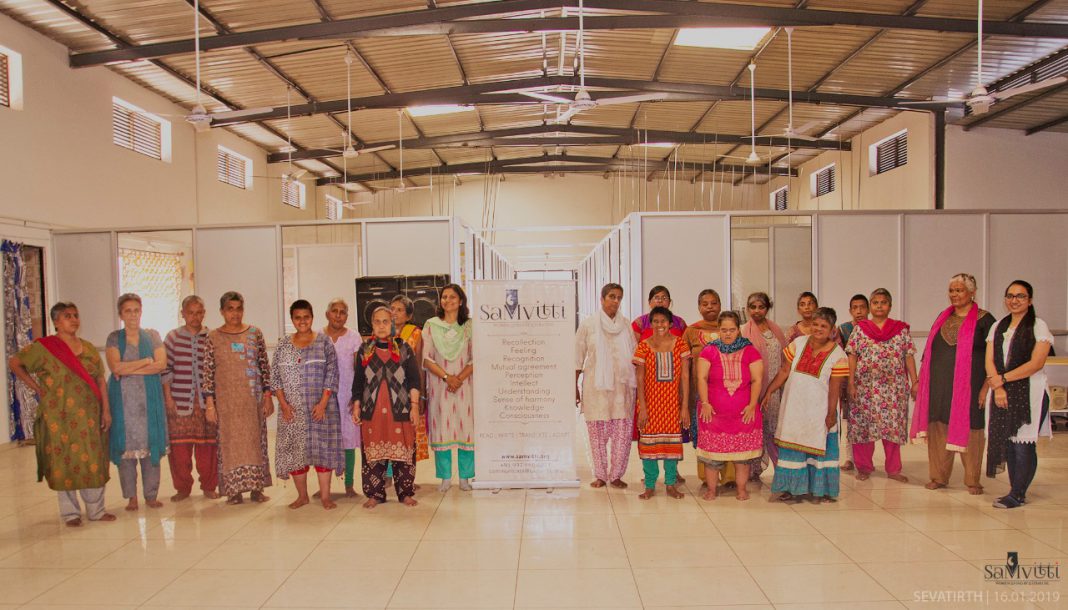 The session focus on the need of a shelter for all living-beings and how attached the parents are to their children.

The session made an effort to focus on the need of a shelter for all living-beings and how attached the parents are to their children.

Conducted by SaMvitti Foundation the session started with the imagination and discussion about the environment and the characters of the story. Participants registered their choice to keep the name ‘Palak’ for the girl in the story.

The story opens with the narration of a house where a man, his wife and their daughter Palak live. The father is seen to be very angry and says that he feels like a guest in his own house and as-if the owner of the house is someone else. There is a mango tree in the courtyard on which a variety of birds and animals live. There are parrots, crows, squirrels and sometimes different types of sparrows.

The same scene is seen inside the house where Twenty-two mice run from room-to-room making the vessels fall, the cans open and the cups break. There are also pigeons in the house. The music of ‘gutar-goo’ is heard throughout the day. Not only that, there are lizards in the house and the ants like the army, keep camping.

Now one day a pair of sparrows enter in the house and start flying around. The family is worried that if the birds made their nest in the house then there is going to be a lot of noise in the house in-addition to cleaning-up of bird droppings. After two days they see that the sparrows have made their nest in an opening in the ceiling. The mother felt that these sparrows will now not leave the house as they have already built a nest. Dad gets angry on seeing this and starts making all efforts to ‘shoo’ the sparrows away. There are various humorous ways in which the father makes various futile attempts to remove the birds from the house.

This drama goes on for three days. They ‘shoo’ the birds away during the day and the next day they are back. They later find that the birds have laid eggs in the nest and now it’s not wise to keep the birds away from their eggs. They now know that once their babies learn to fly, the birds will leave. They understand that the birds want to be their guests for a short time.

The story took the participants on a hilarious ride. The session made an effort to focus on the need of a shelter for all living-beings and how attached the parents are to their children. Throughout the session participants thoroughly enjoyed the story.

One of the participants Rohini Parab said, “I like the story, the sparrow, her nest and Palak. How the birds are flying with joy was such a wonderful experience and then they leave their nest when they grow-up.”