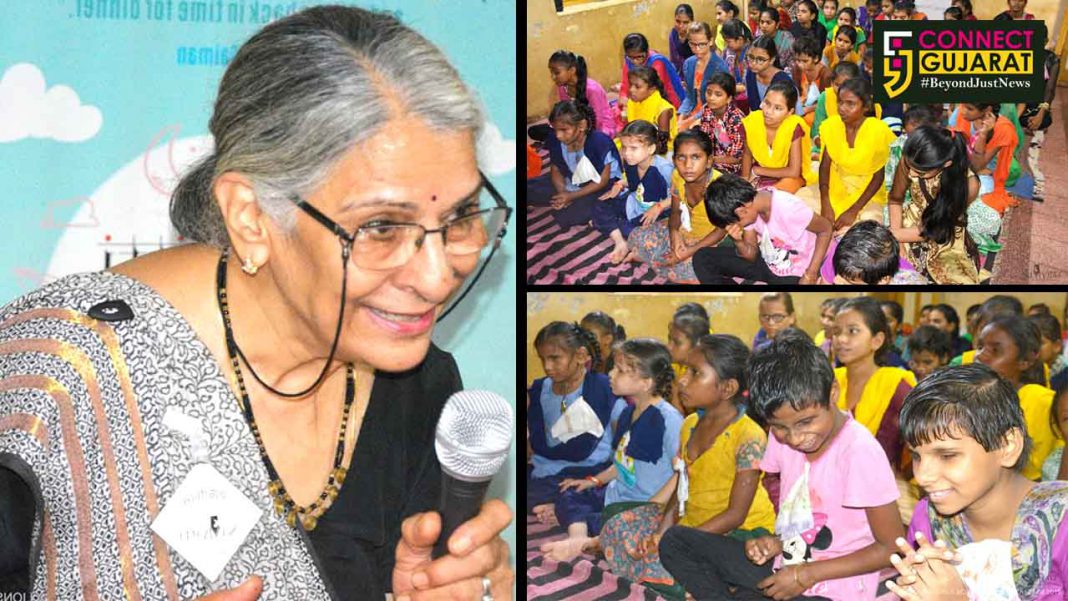 SahityaMitra Promila Zalpuri shared the life-story of Sarojini Naidu with the young SahrudayMitras of Lions Blind Girls School in Vadodara. She inspired and encouraged the girls to take-up any profession they liked and get skilled accordingly.

SahityaMitra then stated that Sarojini Naidu had different dreams. She wanted to become a poet and her early poems were written in English. Once when she showed her poems to a well-known English poet, he asked her to throw all her poems in the dustbin as the poems didn’t reflect reality. On listening to this, Sarojini Naidu didn’t lose heart, but decided to improve her writing. She returned to India and travelled to different places and wrote realistic poems. She then met Gandhiji and decided to join him in the freedom struggle. She was the first woman Governor of the Republic of India.

SahityaMitra then concluded the session by asking the Sahrudays what they wanted to become when they grew-up. She inspired and encouraged the Sahrudays to take-up any profession they liked and get skilled accordingly. In the end, SahityaMitra called-up a few Sahrudays to recite a poem written by Sarojini Naidu.