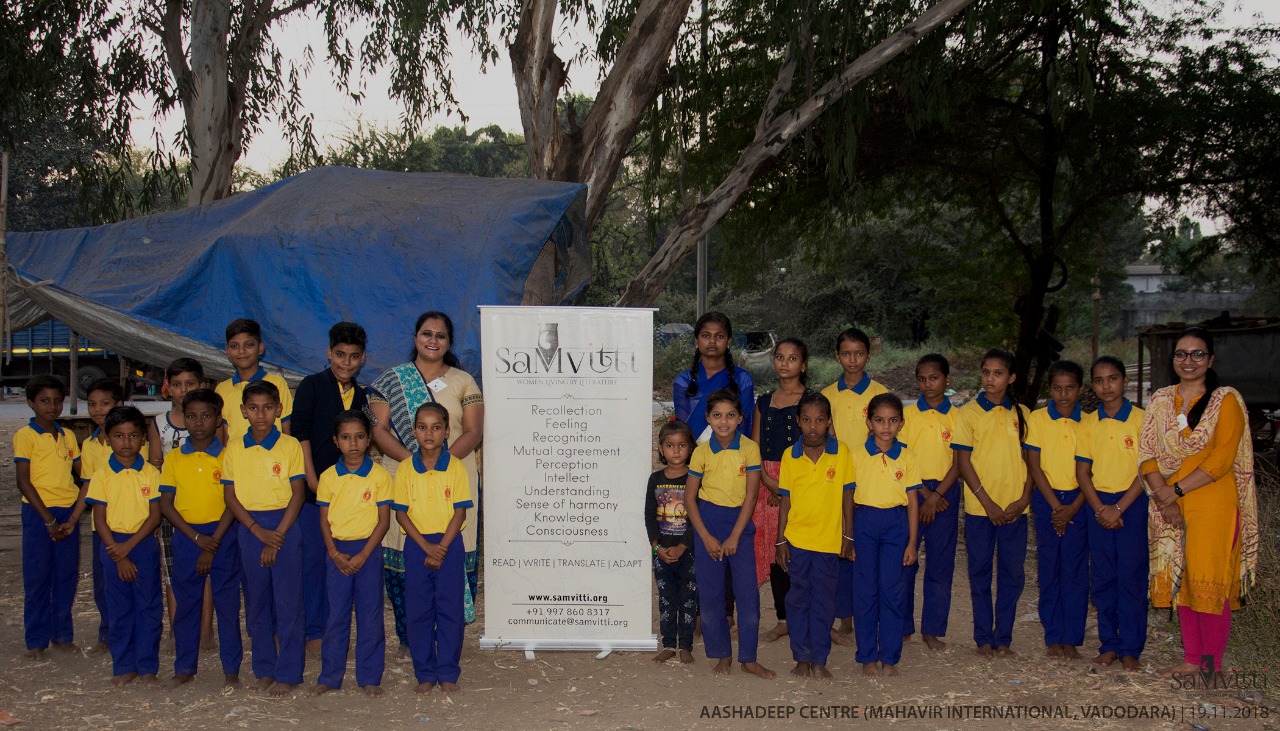 Boys and girls of Ashadeep centre learn to respect parents and their importance in life.

Megastar Amitabh Bachchan taught the people specially the youths to respect their parents during his visit to Vadodara for accepting the Sayaji Ratna award. He put emphasis on the importance of parents in life as without them there is no life.

Taking the same concept SahityaMitra Naina Parmar from SaMvitti narrated a heart warming story 'Sachu Tirth' to very young boys and girls of Aashadeep Centre of Mahavir International in Vadodara. The story emphasised on the importance of parents in our life.

The story began with a question, whether children are helping and supporting their parents or not? Gradually a discussion started related to the characters in Shivji’s temple. When Ganesha was introduced, children were full of joy to listen about him though the story was not completely new for them. As the story was related to parents, Naina chanted the mantra, ‘Matru Devo Bhava Pitr Devo Bhava' before them.

She narrated a scenario where Goddess Parvati and Lord Shiva were sitting on ‘Kailash’ when Ganesha and his brother Kartikeya started fighting on, who is more intelligent? To find an answer, Goddess Parvati asked both of them to visit sixty-eight pilgrims and whoever returned first would be the stronger and intelligent of the two.

As-soon-as Kartikeya heard the clause he immediately commenced the journey and left with his peacock. But Ganesha had another plan. He made his parents sit in the centre and did their seven ‘parikramas’ while saying to them, “My sixty-eight tirthas are at your feet.” When Ganesha completed his ‘parikramas’ Goddess Parvati and Lord Shiva were very happy and blessed him.

At the end of the session the participants recited a bhajan remembering their parents and discussed their daily life where they needed their parents and were able to visualize the difficulties they would encounter if they don't have their parents to help them. They also felt that however small work their parents ask them to do it gave them a feeling of relaxation which they found is equal to any religious practice after completing it.