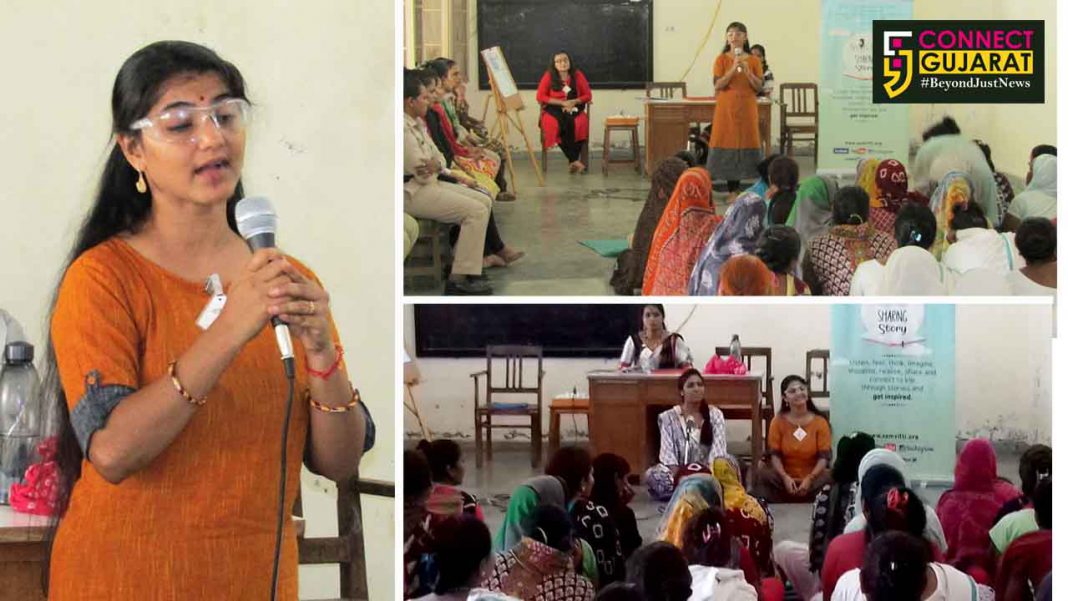 There is a saying that god was unable to reach everyone so it created a mother. A mother’s love towards her children is eternal and cannot be described in words. The sacrifice, love and care is unmatched and helps the child to grow in this world.

SahityaMitra Mithali Shrivastava and Dhwani Mhaskar shared story about mother's love for her me...
1 of 8

SahityaMitra Mithali Shrivastava and Dhwani Mhaskar shared the story ‘Blood Engagement’ (લોહીની સગાઇ), A novella by Ishwar Petlikar about a mother’s love for her mentally-challenged daughter.

The session started with an ‘Omkar’ and a prayer. SahityaMitra initiated the session by making the Sahrudays (listeners) know about the types of Gujarati literature and introduced the novella by saying that, “it’s a moving saga of a mother’s indiscriminate and devout love for her mentally unstable daughter Mangu”. She then narrated how Amrat kaki’s life was revolving around taking care of Mangu’s childlike needs and daily chores.

The Sahrudays right from the beginning indulge in the narration where the emotional bonding of the mother and daughter was narrated in detail. They felt a connection with the story, it’s characters and few of them also shared their bond with their children.

At the end of the story SahityaMitra described how Amrat kaki was forced by the family members to put Mangu in a special children’s hospital and the emotional and mental breakdown of Amrat kaki. As a mother when she heavy-heartedly left her daughter, the Sahrudays too got extremely emotional and experienced a cathartic release, as many of them remembered their children and longed to be with them.