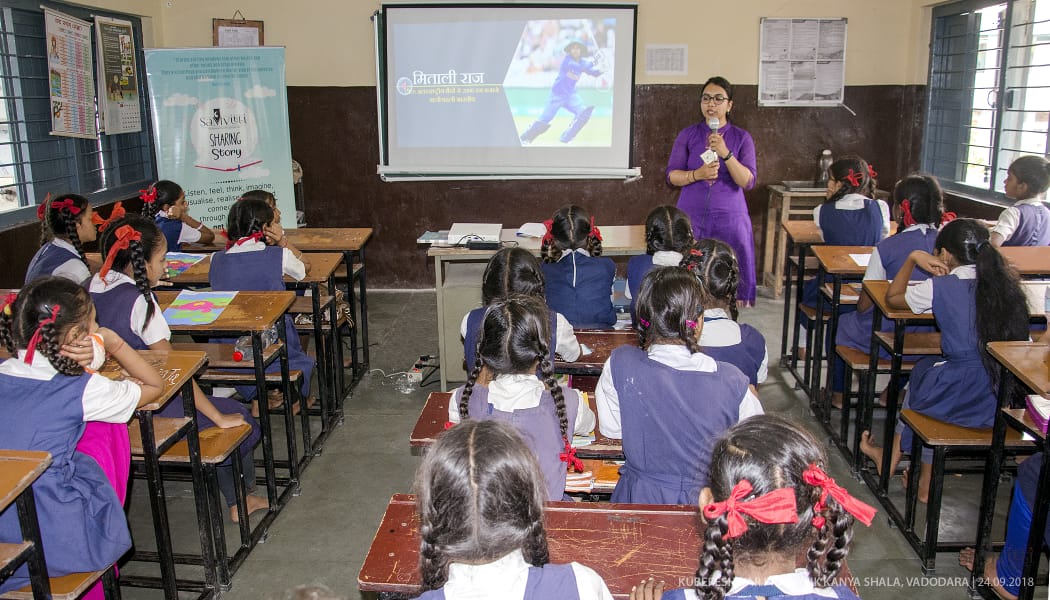 School Girls learn to reach their goals with determination and strength

Continuing their efforts to empower women SaMvitti Foundation organised a session on the life story of Indian women cricket captain Mithali Raj. The session put focus on the women who reached their goals with sheer determination and strength conquer every difficulties in life. 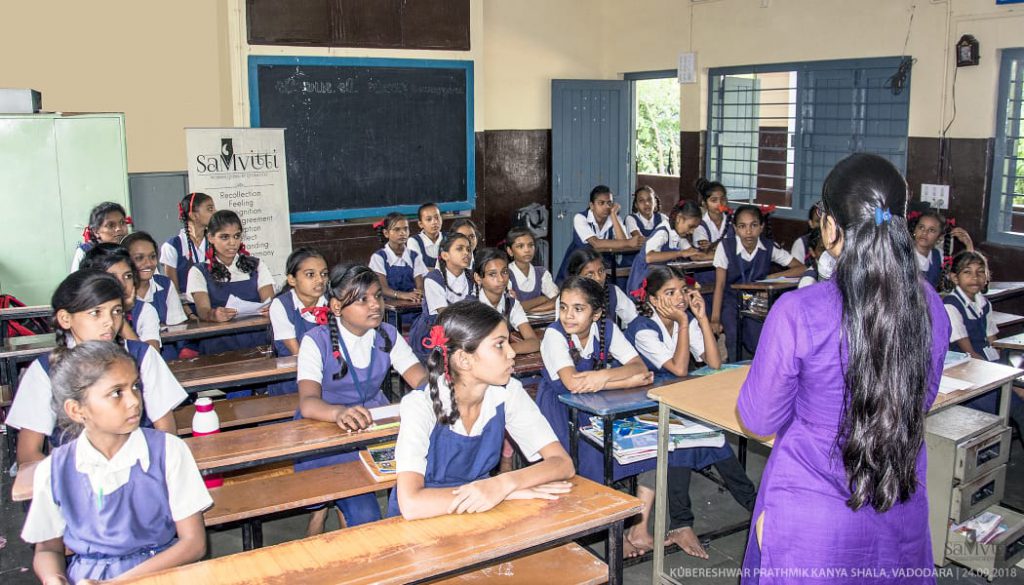 The story was narrated by the SahityaMitra Jesal Jethwa to 30 young girls of Kubereshwar Prathmik Kanya Shala in Vadodara. Mithali Raj is an Indian cricketer and captain of the Indian women's cricket team in Tests and ODIs. She was born in Jodhpur (Rajasthan) on 3rd December 1982 to a Tamil family and her father Dorai Raj was an Airman (Warrant Officer) in the Indian Air Force and her mother is Leela Raj.

Mithali was passionate about cricket and classical dance since her childhood. She had practiced classical dance for eight years but her love for cricket forced her to focus on the game and she gave up dancing. Her father started taking her to the St. John's coaching camp in Secunderabad when she was 10. Mithali began by playing for Air India with stars like Anjum Chopra and Anju Jain. At the age of 14, while she was playing in a match in her city everyone believed that the person who was scoring was a boy but after the match they got to know that Mithali, who played so well, was actually a girl. 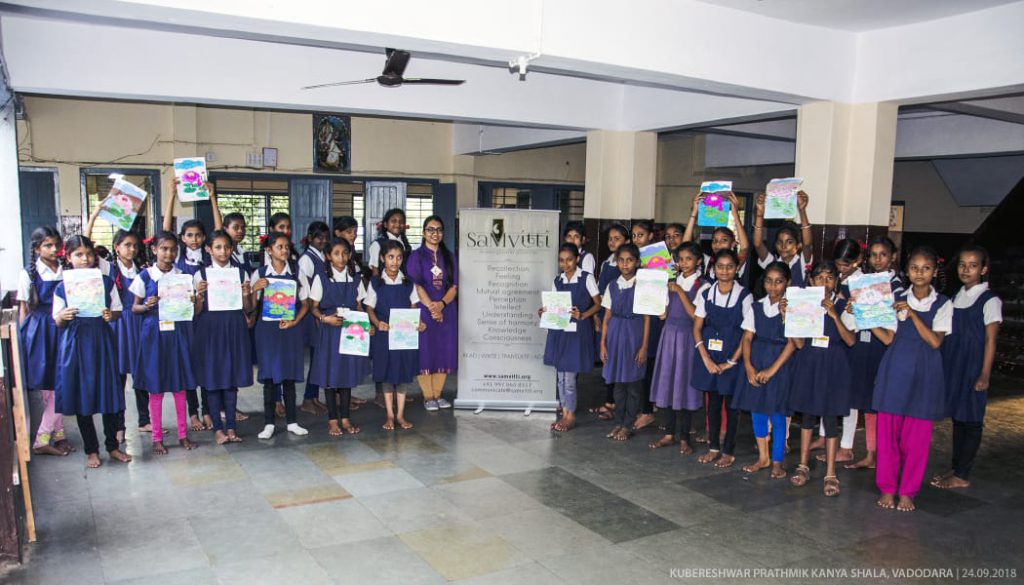 Mithali made her ODI debut in 1999 against Ireland and scored an unbeaten 114 runs. At the age of 17, she was picked for the Indian team. She led the Indian women’s team to the first final in the 2005 World Cup and became the first captain (men or women) to lead India to an ICC ODI World Cup final twice in 2005 and 2017. She is a recipient of the ‘Arjuna award’ for the year 2003 and honoured with the ‘Padma Shri’ in 2015, India’s fourth highest civilian award for her contribution to cricket. In 2017, BBC named her one of the 100 most influential women. During the entire journey, she had to face typical societal gender norms but with the help of her parents’ support and conviction for her dream, she could shine through the clouds.

The story of Mithali Raj ignited a spark to the participant’s dreams and understand that they are all equally capable to pursue their ambitions. With her story they also learn to identify their power of conviction and self belief to fulfil their dreams. At the end of the session a participant shared the letter she had wrote for Arunima Sinha. They also completed a drawing activity given in the previous session.