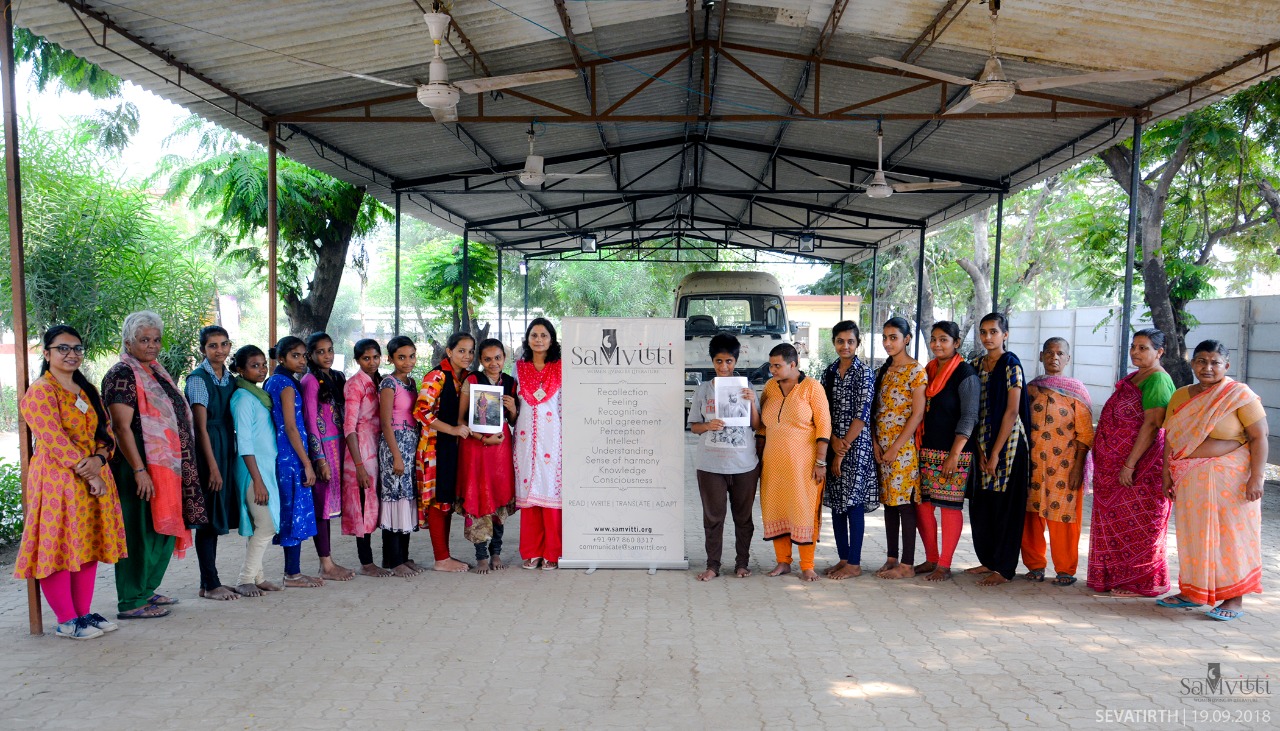 In today's tense and complicated world one need a positive attitude towards living a meaningful life and leave an example for others. With such a feeling SahityaMitra of SaMvitti foundation narrate the emotional story of Rajmata Jijabai Bhonsle when she had the challenge to raise her son Shivaji and also run the state.

SahityaMitra Himangani Lakhera shared the story of Rajmata Jijabai Bhonsle to the women residents of Sevatirth in Vadodara. The whole session was focused on trusting one's gut feelings, motherhood and positive attitude towards living a meaningful life.

Lakhuji Jadhavrao, father of Jijabai, was a Jahigirdar in the court of Nizam Shahi Sultans of Daulatabad in the present day Maharashtra. Maloji Raje Bhonsle was a shilledar who served in the army under the command of Lakhuji. One day Maloji brought his son, Shahji, to Lakhuji's place and both Shahji and Jija began playing together. On seeing them together, Lakhuji asked out-of-fun whether Jija would want to marry Shahji. Jija innocently replied positively.

Days passed and no one remembered about this conversation. After a few months, Lakhuji invited all the servants at his place but Maloji put a condition of wanted to have Jija as his daughter in law before he accepted the invite. This angered Lakhuji's family and a situation of war erupted between them.

To avoid this devastating altercation, Jija agreed to marry Shahji against the wishes of her family. After marriage she had to make a difficult choice between her father and her husband and eventually chose to being with her husband. Time passed, and when Jijabai was bearing Shivaji in her womb, Shahji had to leave.

During her pregnancy she read numerous books to enhance the knowledge of Shivaji. At the time of Shivaji's birth Shahji got married to Tukabai and sent Jijabai and Shivaji to manage his jagir of Pune under the caretaking of Maloji Bhonsle. Jijabai accepted the challenge and she started to manage all the state and family responsibilities. Jijabai taught Shivaji about humanity, to respect women, love for nation and many other values .

The story of Jijabai aroused a sense of motherhood and participants could connect with the story and understood the role and responsibility as a mother. They also identify about being independent led to a meaningful life and the importance of positive attitude towards life when faced with circumstances. However the part of Shahji running away from his responsibility as a father and husband make the participants think about it seriously and found it inappropriate.