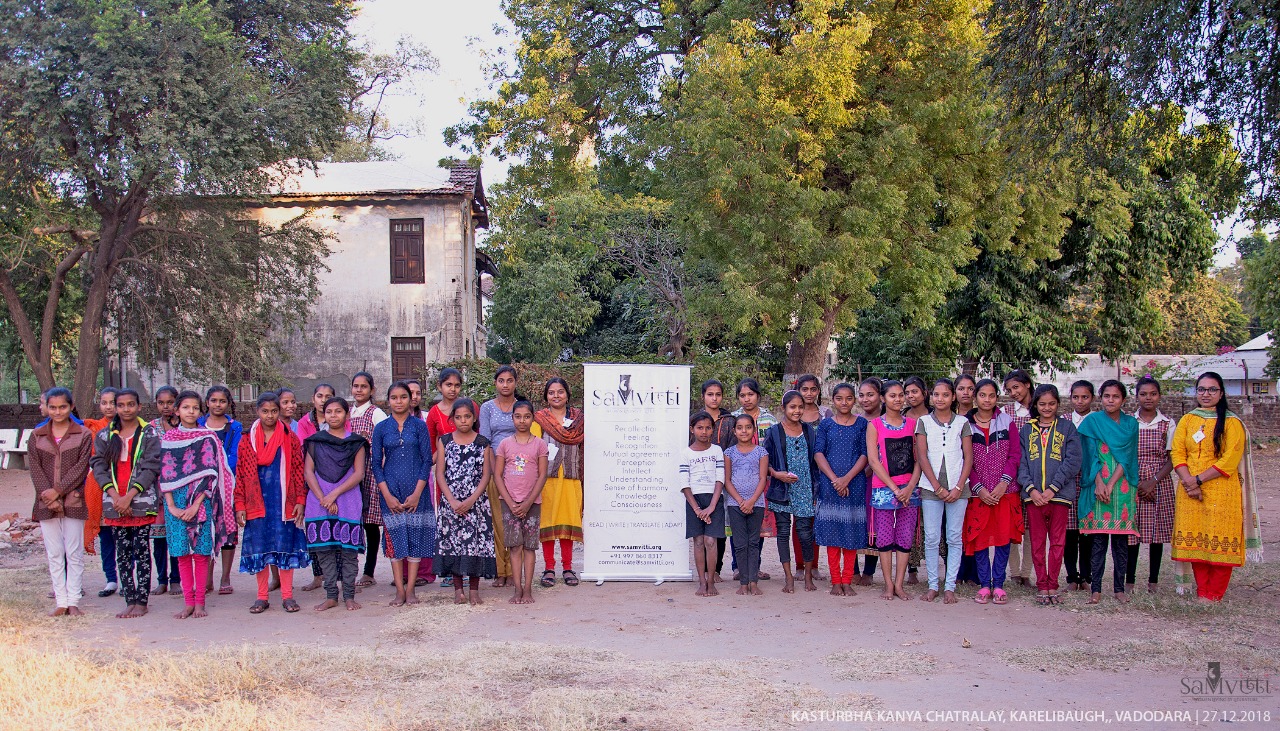 Participants feel the patriotism through the poems of the poet.

The session started with the introduction of Jhaverchand Meghani. He was born on August 28, 1896 in Chotila, in a Jain-Vanik family. His father Kalidas and mother Dholibai were actually from Bagasra, but had to move from village to village, due to the profession of his father, who was in the Police Force and had various postings in different areas. Due to this, Meghani studied at various places and graduated in 1916 with English and Sanskrit from Shamaldas College in Bhavnagar. Meghani was married to Damyantiben in 1922 at Jetpur. He has contributed in various forms of literature.

Once the participants got a broad idea about the author, they were then introduced to the poem ‘Chalo Maniye Kasumbi No Rang'. Before starting the poem, the participants engaged in a discussion about ‘Kasumbi’ and its colour. Kasumbi, an orange coloured flower, was used to make colour to dye the clothes of women.

SahityaMitra introduced orange colour as a sign of bravery. The poet said that he got that bravery from the womb of his mother just like Kasumbi which leaves it’s colour on the clothes. Throughout the poem the SahityaMitra described the poet’s patriotism.

Towards the end the participants recited the poem with enthusiasm. They also sang songs of patriotism.