Sadness for father his son SAHEED while fighting his own People 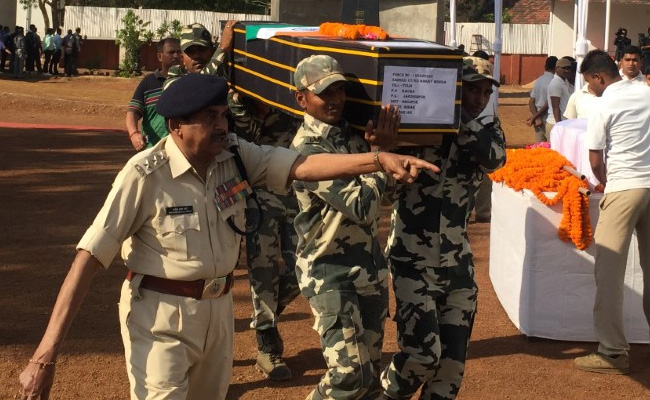 SAHEED Abhay's Father is not feeling pain that they lost his son fighting for country. But he is unhappy about his son death by "Fighting his own People". Abhay' father Gajendra Mishra residential of Bihar said that, he would be very happy if his son would be SAHEED while fighting with the enemies on the border.

The father of Abhay Mishra, located in Tulsi Harigam 80 Kilometer west from capital of Bihar Patna, some how managed to stop overcome tears and said "Its very sad that my son was SAHEED while fighting with his people". On Monday, around 300 to 400 armed naxalites attack on CRPF soldiers.

Abhay is belong to middle class family from Bihar and he is elder son between to brothers. and the main responsible of family is on his solders. He was appointed in CRPF before three years. He had on same post till that he appointed.

Next month he was to go for attending marriage in family. His Abhay's father Gajendra said that the death of son had destroyed family by mentally. But after this Abhay's younger brother would fullfill his dream to join in force.