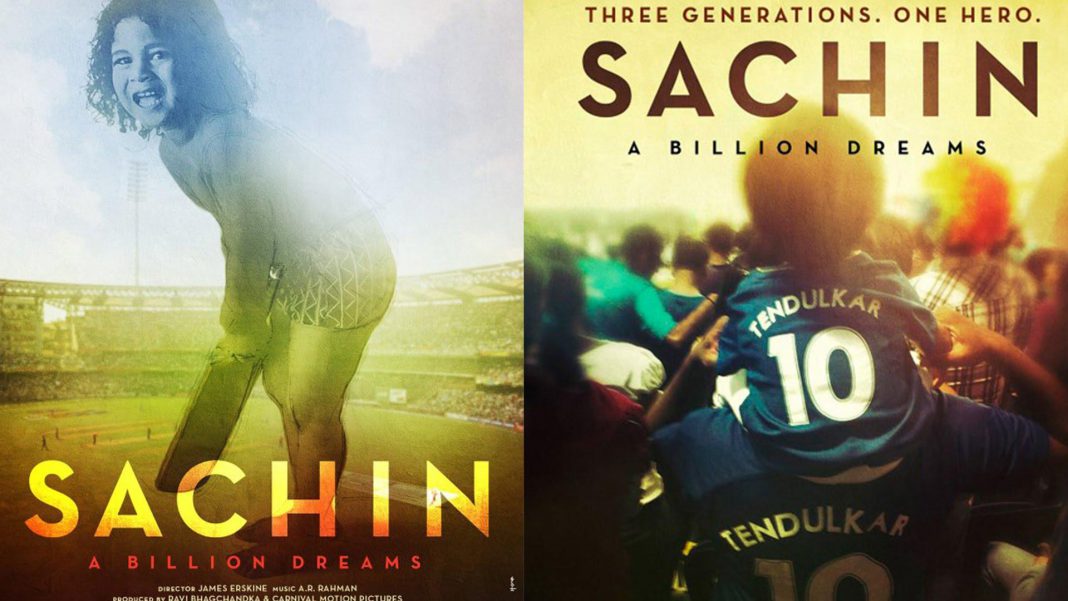 The makers wanted to cater to Tendulkar’s fans across the nation and hence, wanted to release the movie in Hindi, English, Marathi, Tamil and Telugu.

The film’s producer Ravi Bhagchandka said in a statement: Sachin Tendulkar is a sensation that transcends language. He has clearly created an era which we as Indians can be proud of. His story is one that we want everyone to witness, without the barrier of language.”

“Sachin: A Billion Dreams” showcases a restless 10-year-old child’s journey from watching India’s first World Cup winning skipper Kapil Dev lift the trophy to the fulfillment of his dream of holding it in his hands for India.

Produced by Bhagchandka of 200NotOut and Shrikant Bhasi of Carnival Motion Pictures, the James Erskine directorial is all set to release on May 26.