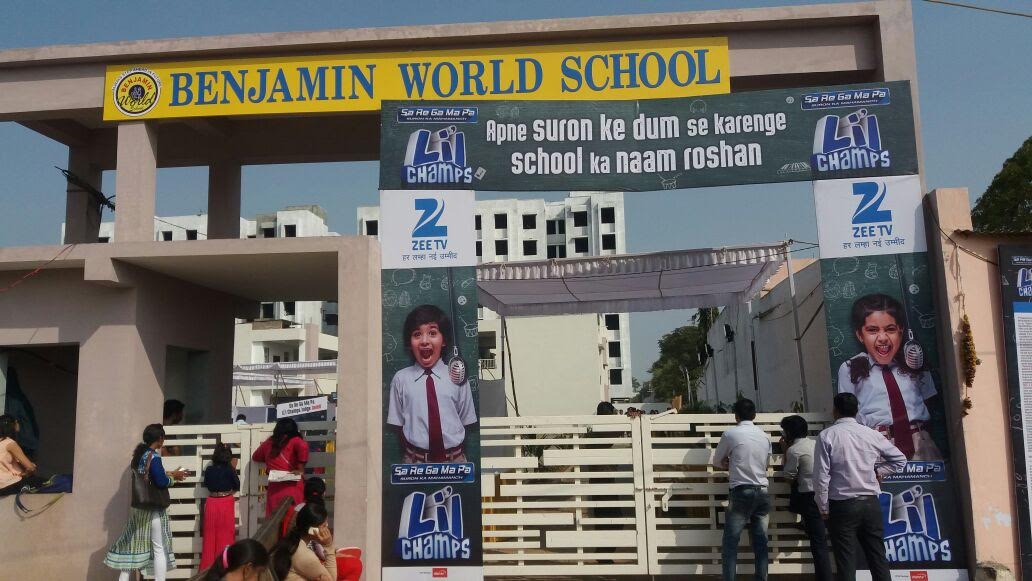 Following the grand success of the 5th season of its prestigious singing reality show for kids, ‘Sa Re Ga Ma Pa L’il Champs’, the auditions of season 6 in on. With an aim to fuel the competitive spirit of kids across schools in the country and give them a chance to get their school’s name on the television map, a unique initiative named ‘Represent Your School’ has been added to this year’s auditions process. Additionally, another novel initiative included in this season’s auditions is the ‘Mobile Van Audition’, wherein aspirants will get a chance to audition at mobile vans outside Schools, Residential Complexes, Malls and Parks.

Zee TV’s ‘Sa Re Ga Ma Pa’, the first singing talent hunt show on Indian television has been instrumental in introducing the country to some of its demigods of music –Shreya Ghoshal, Kunal Ganjawala or Shekhar Ravjiani, Bela Shende, Sanjivani and Kamal Khan in the last two decades.

This prestigious platform is a beacon of hope, giving thousands of aspiring singers an avenue to exhibit their talent season after season! Sa Re Ga Ma Pa L’il Champs aims to open doors for talented children of our country who dream of becoming the biggest child singing sensations. The show has given a platform to thousands of kids across the country to come forward and display their singing talent. Sa Re Ga Ma Pa L’il Champs is an amazing opportunity that aims to discover hidden talent from Vadodara. Experienced jury members remain present in the city to identify the best amongst the talent auditioning from Vodadara. These winners will then present their talent at the show’s mega auditions in Mumbai and only the finest will make the cut for the ultimate competition.

The truly talented ones with the right attitude and ability to learn will have the privilege of a series of grooming sessions for the ultimate competition in Mumbai and then finally only the finest gem amongst them all would be crowned as ‘India’s best child singing sensation’.

In the coming days, Zee TV’s talent scouts will conduct auditions in Mumbai.