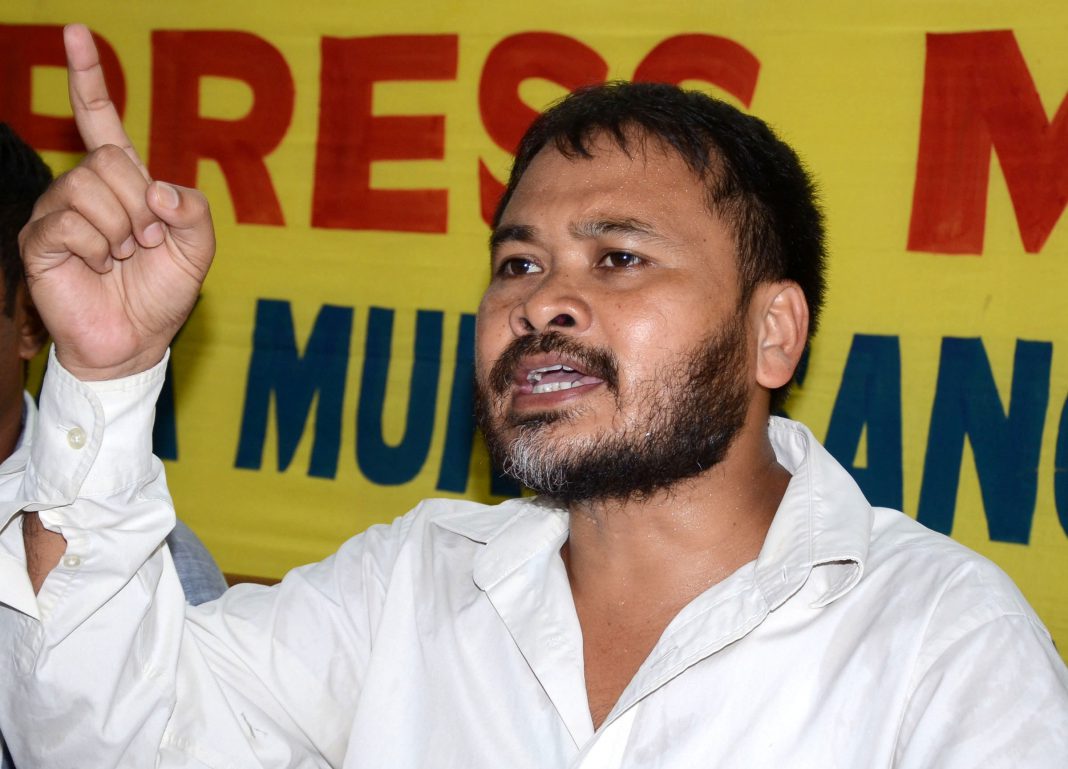 Ahead of the BJP national President Amit Shah’s visit to Assam, RTI activist and farmers’ body leader Akhil Gogoi was arrested on Sunday morning for protesting against the Citizenship (Amendment) Bill, 2016.

Shah is scheduled to arrive in Assam capital on Sunday to address leaders of the Bharatiya Janata Party-led North East Democratic Alliance (NEDA) from all the northeastern states.

Gogoi, who leads Krishak Mukti Sangram Samiti (KMSS), had on Saturday urged the people of Assam to protest against the visit of Shah by displaying black flags “to send a strong message to the BJP President” over the Citizenship (Amendment) Bill, 2016.

Police arrested Gogoi when he was protesting near Srimanta Sankardeva Kalakshetra, where the NEDA meeting is scheduled.

“We were peacefully protesting here… However, the BJP government has arrested me in the most undemocratic manner,” Gogoi told reporters before being taken away.

“I once again appeal to the people to unite against the Citizenship (Amendment) Bill and protest against the visit of Shah by showing black flags to him,” Gogoi added.