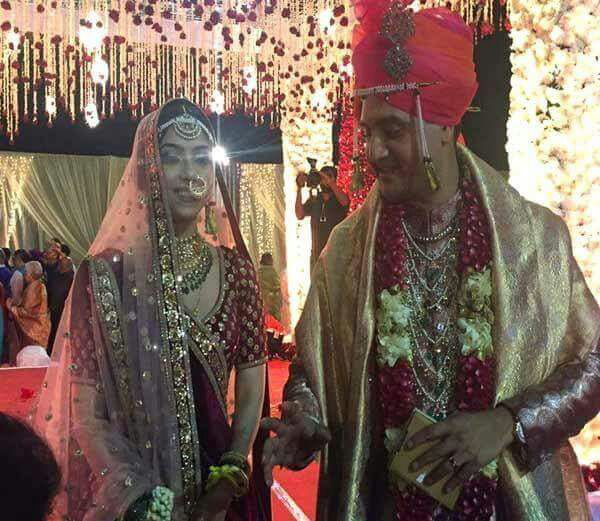 The wedding ceremony was organised in a Bangalore hotel on 5th February and  was attended by great grand son of Sir Sayajirao Gaekwad Himmat Bahadur Jitendrasinh Gaekwad who went there to bless the couple. Jitendrasinh Gaekwad is also happens to be the uncle of the princess.

On Tuesday the reception of the newly married couple is to be held in Mumbai and then Gwalior, New Delhi and New York.

Uncle of the bride Himmat Bahadur Jitendrasinh Gaekwad said that after a long time such a royal wedding happens in their family. The wedding is special in a way that 78 years ago on 7th February 1939 Shreemant Maharaja Pratapsinhrao Gaekwad was declared as the 14th King and was given 51 Canon salute at Mandvi.