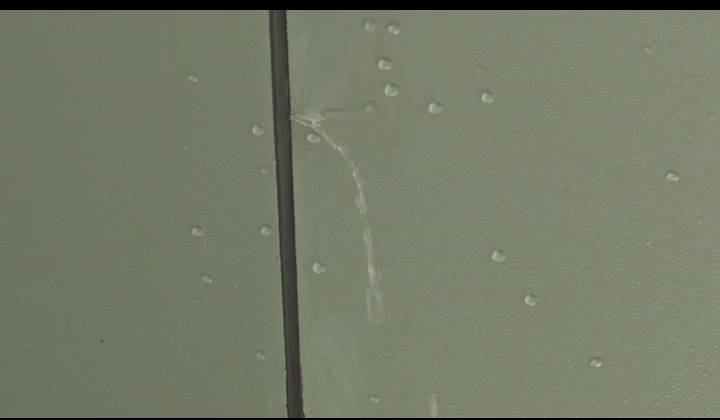 The Vadodara international airport which was inaugurated by the Prime Minister Narendra Modi fails to stand in the first monsoon rains as the ceiling is leaking and the water collected on the ground. The people who came to receive their family and friends have to face the problem and the water is leaking from the outside waiting area. On Tuesday Mayor Bharat Dangar reached the spot to take stock of the situation and said that the agency took the work will be investigated for the situation.

As per the details the airport of Vadodara is considered to be one of the iconic structures in Gujarat and equipped with high-tech and modern facilities. However the building fails to stand the first monsoon rains since its inauguration and from Mondaylast night the ceiling is leaking which poses problems for the passengers and the family members comes along with them. The more apathy is that the authorities have to put buckets to collect the water from the ceiling.

On Tuesday Vadodara Mayor Bharat Dangar also felt the situation while he was on way to Delhi. He saw the situation and said that presently he is going to Delhi but for the problem of leaking the agency will be investigated who complete the work of airport. He added that the first priority will be on to stop the leaking roof and the respective agencies will be intimated for the same.

The airport was inaugurated by PM Narendra Modi and with its first monsoon it fails to handle the rains. The international standard airport equipped with latest technology and services however present the sorry picture to the world and the agency which was assigned the work is in question after the leaking roof. Mayor of Vadodara himself witness the thing and promised to take action against the agency. But right now the people and the passengers comes to the airport facing the problem and questioning the construction of the airport.