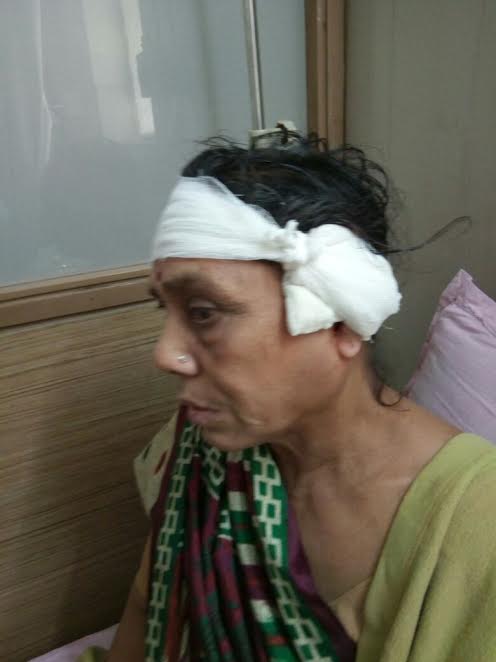 A woman was seriously injured after the robbers attacked her to snatch her ear ring in Vadodara early in the morning. The robbers armed with knives cut the ear of the woman to get the ear ring but failed. However they snatched the gold chain from her and ran away. The profously bleeding woman was rushed to the hospital for treatment.

Meena Patel 56 living in B-3 Pujan Apartment near Darbar Chowkdi Manjalpur was standing in the gallery of her house putting the towel to dry on rope. Her husband Kaushik Patel was inside the house praying. Profously bleeding Meena Patel told her husband about the robber and Kaushik Patel ran after him but was stopped after the other two waiting for him throw stones on him. The robbers ran away in the darkness.

In the meanwhile the other members of the society rushed to the house of Kaushik Patel and took the injured Meena Patel to a private hospital in Manjalpur.

After the incident Manjalpur police rushed to the hospital and registered the complaint and further investigating.