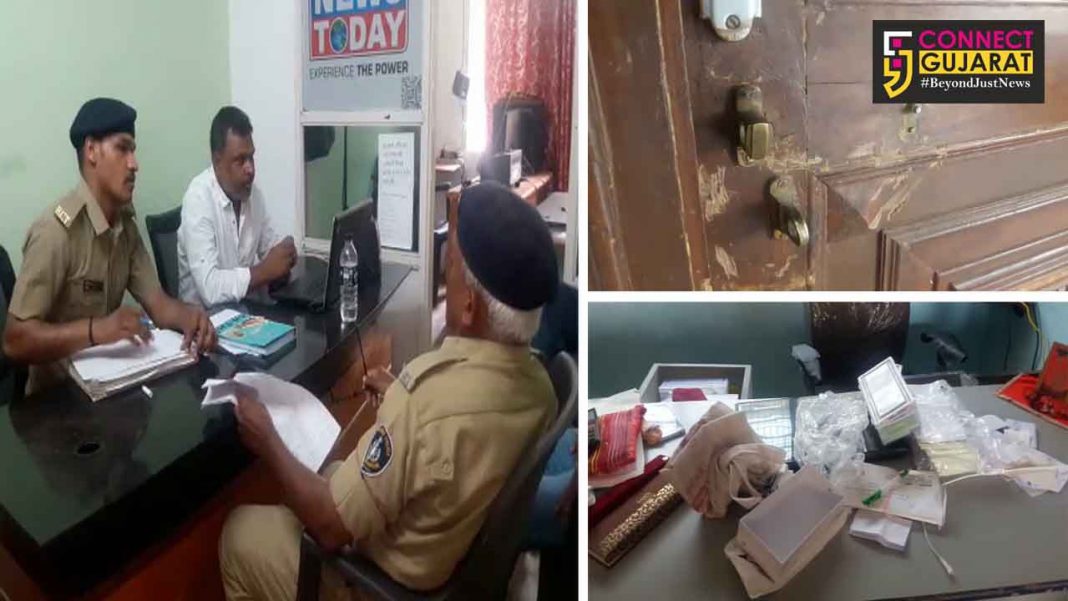 Target the shops situated on the second floor of Vrajsiddhi tower and decamp with the items.

Robbers strike and stole mobile accessories from nearly 20 offices in Vrajsiddhi tower in Vadodara. They target  the shops situated on the second floor and steal the items late in the night.

Vrajsiddhi tower is known for housing mobile,  electronics,  spare parts and stationary shops.  Many commercial offices are also situated there and is always crowded with people.  On Thursday midnight robbers strikes in around 20 shops on second floor and decamp with mobiles,  accessories and other items.

Early morning the owners shocked to see the locks broken of their shops and immediately informed the police. Police reached the spot and try to access the CCTV footage of the area to identify the robbers.