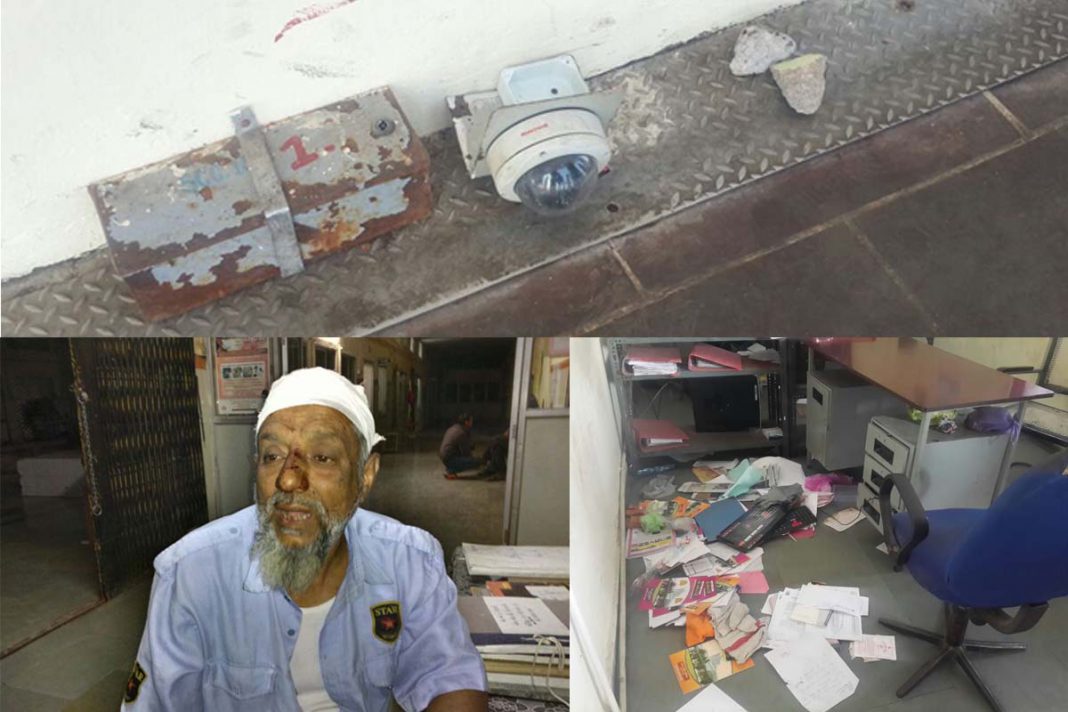 15 to 20 robbers entered the Baroda Dairy milk cooling station near Karasiya village at Savli Samlaya and ran away with 3.56 lakhs booty from there. Before that they beat Veterinary doctor and four security guards and locked them in a room. They later took the Bolero jeep, rifle and other items tune in 3.56 lakhs and ran away from there. The Savli police have the input about a gang might strike at Gothada road and they kept a watch there. But the gang strikes at the milk cooling station at Karchiya and spoiled the police plan.
According to the information Baroda Dairy is running a milk cooling center at Savli Samlaya road. Last Wednesday night 15 to 20 robbers strikes at the center and the first thing they done was broke all the CCTV cameras and the furniture. After that they beat the Veterinary doctor Hitesh Patel and three security guards. They then took the doctor car, security guard rifle and cash tune in total 3.56 lakhs and ran away. The Veterinary doctor Dr. Hitesh Patel was shifted to Vadodara for treatment after received injuries. Security guards were also shifted to the SSG hospital and being treated for their injuries. In a week time this is the second big case of robbery near Vadodara where robbers striked with weapons and loot. Earlier at NTC college at Virod village near Vadodara 6 to 7 robbers striked with weapons and beat security guards inside the campus and robbed 50,000 rupees from the administration office. The robbers also striked inside the bank and also in ATM but failed. And now the robbery inside the Baroda Dairy Milk cooling center at Karchiya is a challenge to the police. There is a similarity in both the cases and the strikers are also seems to be the same as the police also assumed and investigate in the direction.

Its to be mentioned that during Holi festival the robbers gangs from Dahod and Madhya Pradesh were active. They loot and ran back to their areas for celebrating the festival. Police also investigate in the area.