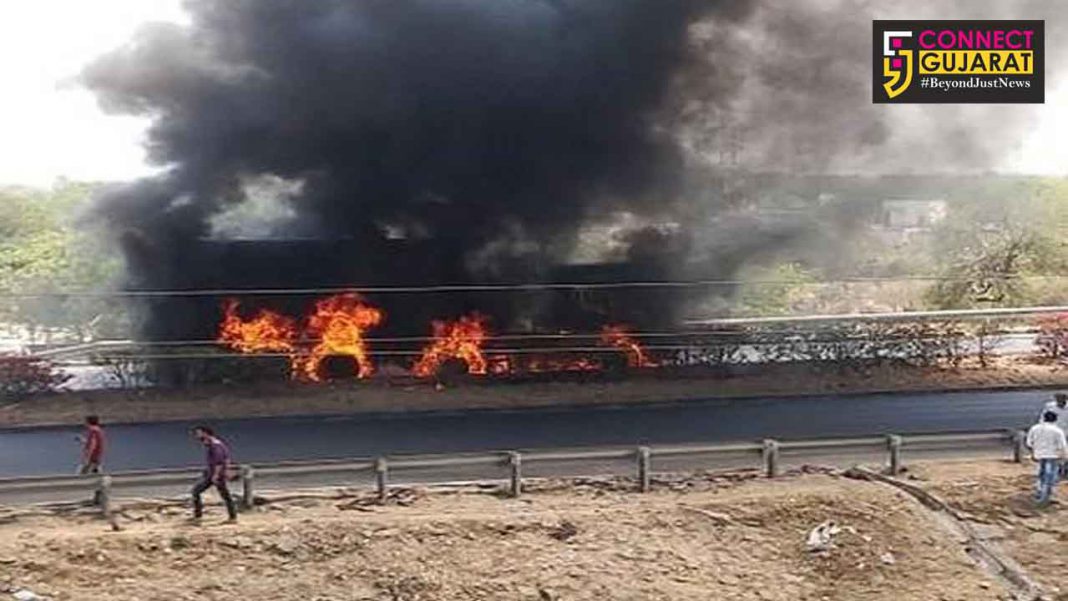 No one reported to be injured in the fire

A rice laden container truck caught fire near Vadodara on NH8 towards Tarsali side. Blast in the diesel tank due to Short circuit is believed to be the reason behind the fire.  No one was reported to be injured as the driver parked the truck and run towards safety.

As per details the truck no. MH 46/BF 4502 was heading towards Mumbai from Sanand filled with rice. Meanwhile in the afternoon it suddenly caught fire while passing from near Tarsali highway.  Driver immediately stopped the truck and get down along with others to safety.

Fire brigade reached the spot but till they arrived the container was totally destroyed in fire.  As per primary investigation short circuit after the blast in diesel tank might be the reason of fire. Further investigation is on in the matter.