Connect Gujarat
#Beyond Just News
More
Home Gujarat Residents of society in Vadodara protest against the VMC drive against illegal... 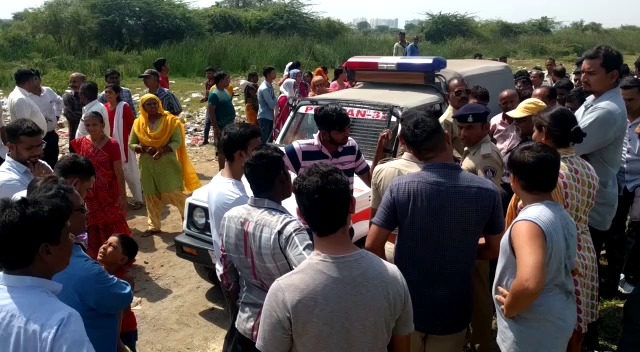 Aggressively protest against the team

Residents of Taksh Aangan society protested against the corporation team went there to cut the illegal water connections. They asked them to first cut the connections of schools and colleges there in the area and then visit their society. The aggressive protest by the residents force the team to left the spot without completing their work.

As per the details VMC team went to the Taksh Aangan society to cut the illegal water connections there as part of their drive. However the residents gathered at the spot and raised their protest against them. They physically pushed the officials and asked them to first cut the connections of schools and colleges in the area before cut the connections here.

They aggressively protest against the drive and the team called the Bapod police which control the situation after reached there. The team however forced to leave the spot without completing their work.