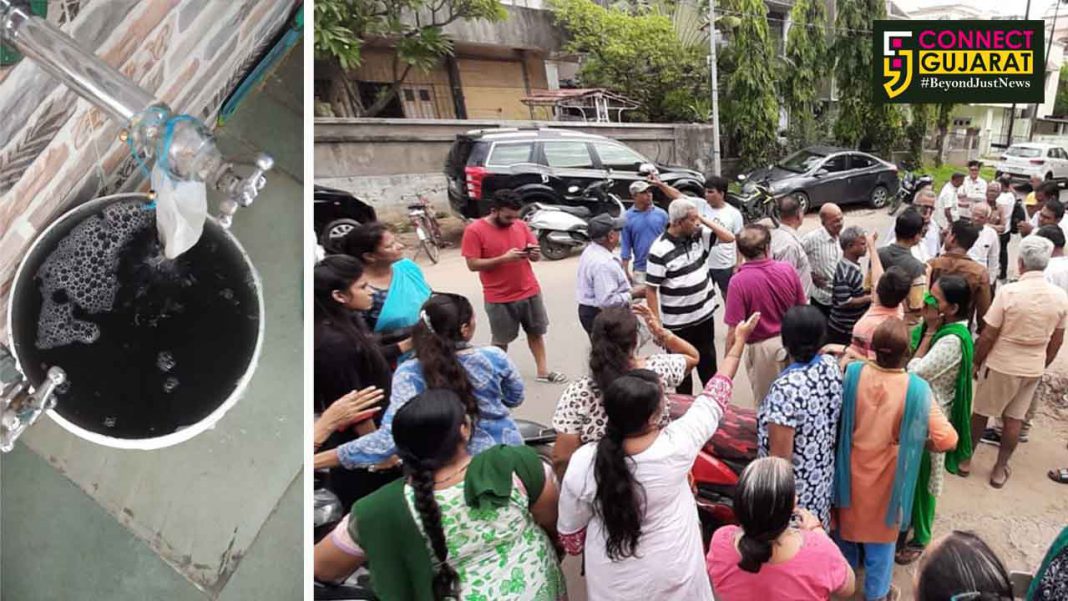 Residents of Shree Hari Complex in Panigate area of Vadodara aggresively approached the local councillors and VMSS engineers in view of not having basic facilities in their area. They demand to resolve their problems at the earliest.

As per details the area is facing the problem of recieving drainage mix water in their houses. No Street lights and bad roads troubled the citizens everyday and they have no option but to wait for the administration to act.

On Monday local councillors Mohan Vasava and Hasmukh Patel reached the area to review the situation along with VMSS engineer Pramod Vasava. The residents came to know and agressively approached the councillors and engineer about not getting the basic amenities in the area.

Locals said they approached the officials about the problems many times in the past but the situation remains the same. They demand water, street lights and better roads in their area.