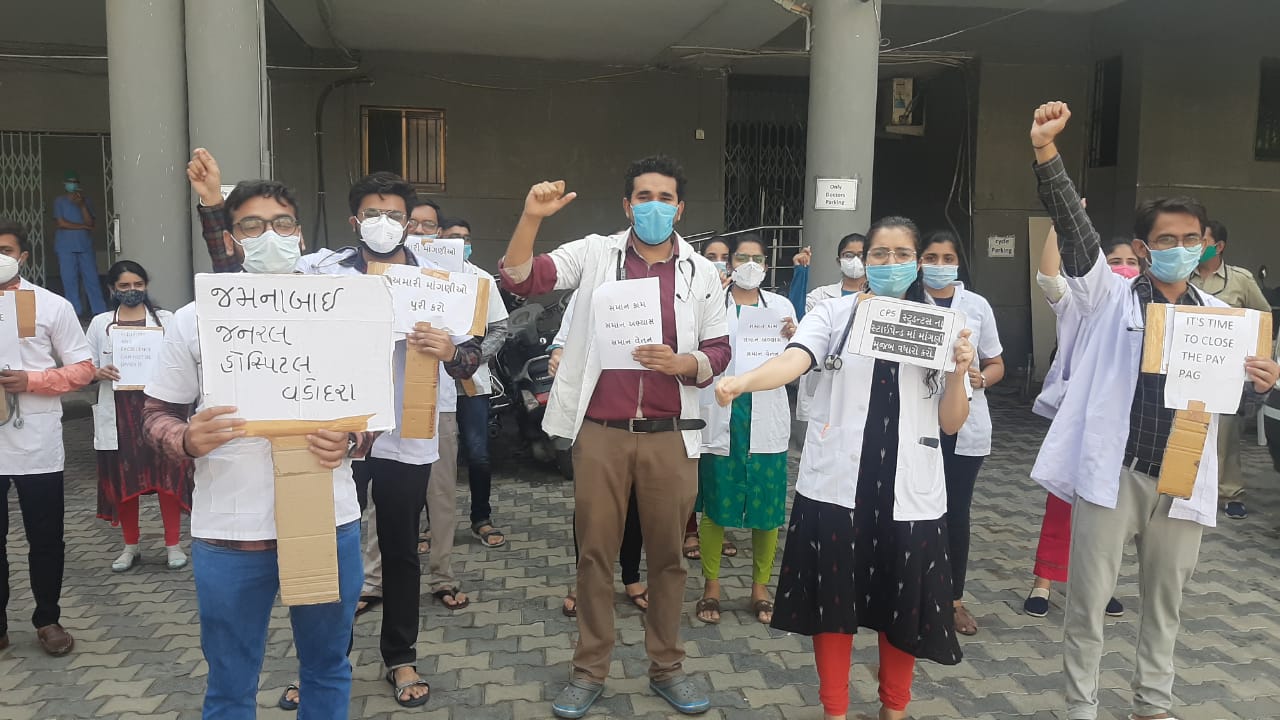 Resident doctors of the College of Physicians and Surgeons in government hospitals across the state are now on strike demanding equal pay and stipend. 600 doctors from Jamnabai General Hospital in Vadodara goes on strike which affected the medical services. They demonstrated inside the hospital compound and with placards and changed chanted slogans in view of their demands.

As many as 22 CPS doctors on duty at Jamnabai General Hospital on Mandvi Road in Vadodara went on strike which affected the medical service. It is to be mentioned that recently there was a fierce agitation by GMERS, Gujarat In Service Physicians Association and Nursing Association over their long pending demands. However the goverment took a positive stance and resolve their issues.

Now resident doctors of the College of Physicians and Surgeons in government hospitals across the state are on strike demanding equal pay, stipend increase and
appointment of special officer in place of the medical officer. About 600 CPS doctors on duty in state hospitals went on strike, affecting the medical services.

Dr. Nilesh, who is on duty at Jamnabai General Hospital and a leader of the association, said that recently, Stipend has been increased by 40 per cent. They are also on corona duty just like the Residence Physicians and still injustice is being done to CPS doctors. Not only that, they have to do one year of duty after completing their studies according to their specialization. However they are assigned duties in PHC as well as in district hospitals.

He further said that today, about 600 CPS doctors from across the state, including 22 doctors from Jamnabai General Hospital, Vadodara, have joined hands and went on strike. They protested against the government on the issue of equal pay and other demands. They also threaten to go on indefinite strike if their demands are not met.