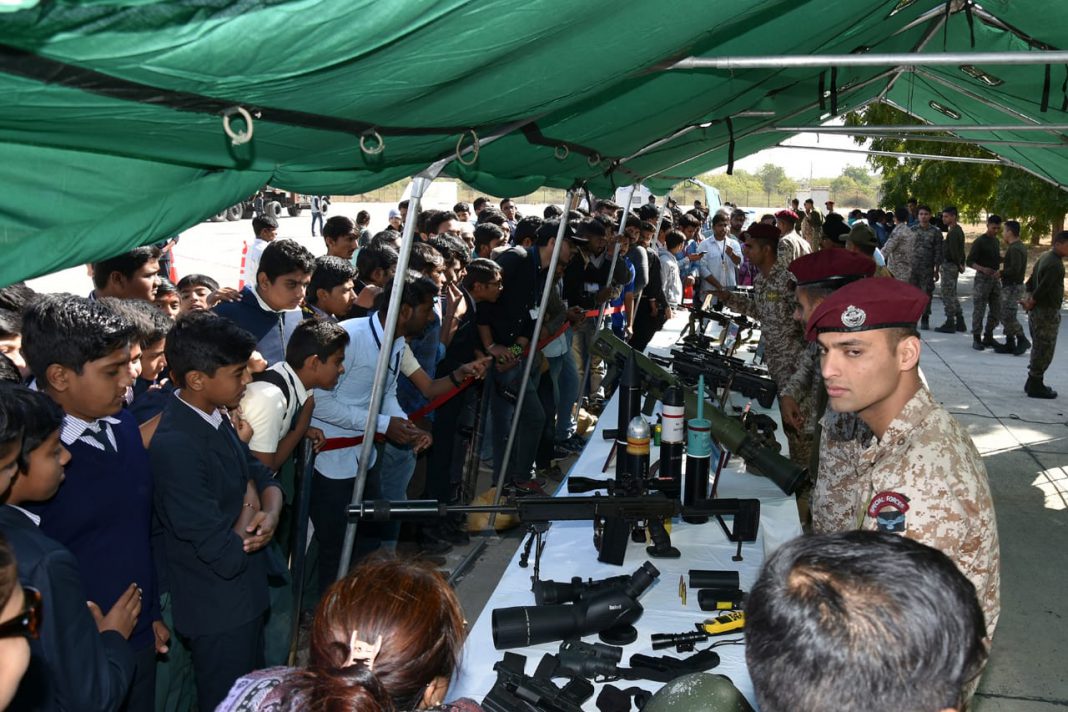 As part of Republic Day celebration under the theme ‘Know Your Forces”, Air Force Station Jamnagar and Air Force Station Bhuj were  opened to general public and the students from various local schools. They all get a glimpse of aircrafts, missile systems and other equipments.

From 10 am to 5 pm on 24 Jan 19 the public and students were amazed to see the impressive display of Fighter aircrafts, Helicopters, Missile systems, Radars and variety of Air Force equipment. The Air Force Stations came alive with an enthusiastic crowd thronging the display areas. The spectators also enjoyed Slithering Operations by Garud Commandos, the elite Special Forces of Indian Air Force and a patriotic entertainment programme by the Air Warriors.

A large number of the visiting  school children whole heartedly participated in a quiz competition and educative games on the Armed Forces, wherein attractive prizes were distributed to the winners.

The visitors were made aware of career prospects in the Indian Air Force through publicity stalls, screening of movies and interaction with Air Warriors.