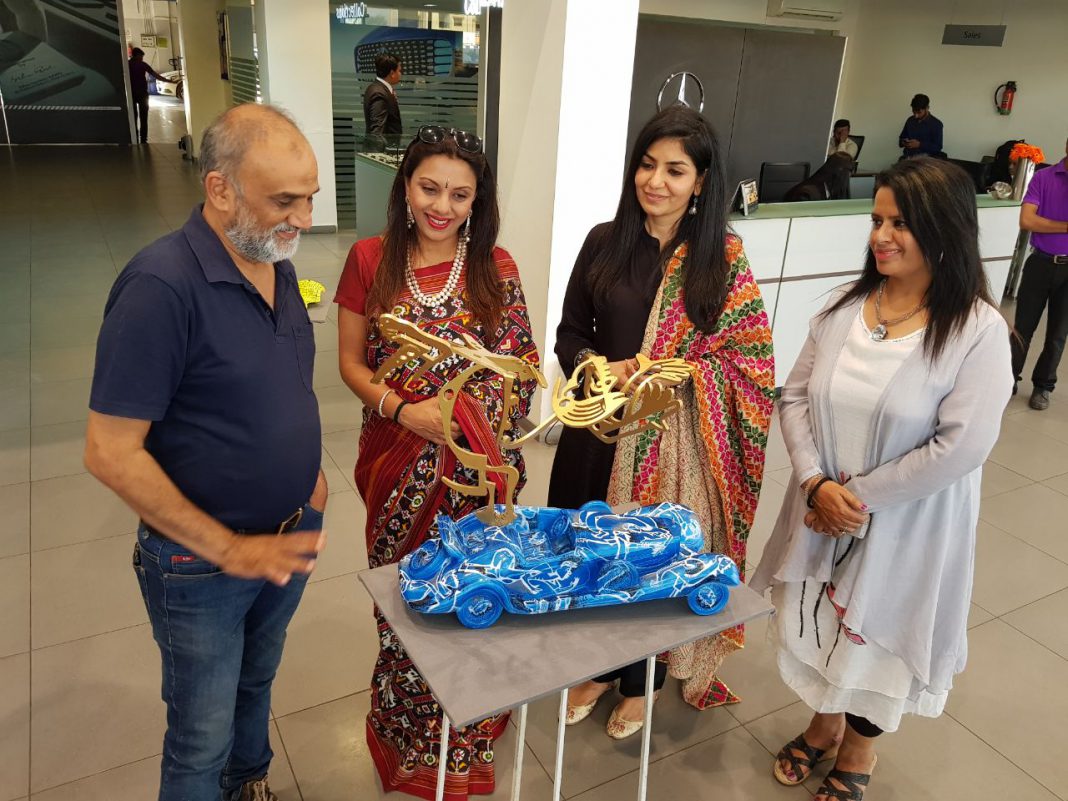 Everyone has a passion for luxurious cars which considered being there style statements. Kings, rulers, dictators all have passion for cars and they preferred to move in their prized possessions to show their royalty and power.

Adolf Hitler is one such dictator who also had the passion for cars and at his time he moves in none other than Mercedes Benz 770 called as Grober Mercedes. In German it is called as Large Mercedes a classic model of 19405 used by high ranking Nazi officials including Hitler. The car was called the Parade car of Hitler and presently lies in Canadian museum.

With such a rich history associated with the model a idea of exhibiting the classical historical car in contemporary art form came in the mind of Art E’ Fair the biggest house organising art fairs in Gujarat. They gathered artists from all across India at one platform to showcase their ideas on the historical car in form of an art exhibition in Vadodara.

19 artists from the country transformed the vintage car model into modern and contemporary art form and exhibit at Vadodara. Every artist gives the two foot model a look of his or her imagination and turned them into a visual delight to watch. Every car model has some story which the artists imagines and turned them into art models. They use various forms to make the models a masterpiece in their own sense.

Khushboo Bagga director of Art E’ Fair said they invite various artists to showcase their art on the vintage car of Mercedes Benz once used by Adolf Hitler. The art show is to turn the vintage car into modern contemporary art which gives the visitors and art lovers something new and unique.

The exhibition starts at Benchmark cars at Atladara road from 22nd February and continues till 25th February Sunday.