After raising billions of dollars from the likes of Facebook and Intel for its digital business, Reliance Industries has launched JioMeet video conferencing app with unlimited free calling that is being seen as rate war on rival Zoom. The JioMeet video conferencing app is available across Android, iOS, Windows, macOS and web since Thursday evening […] 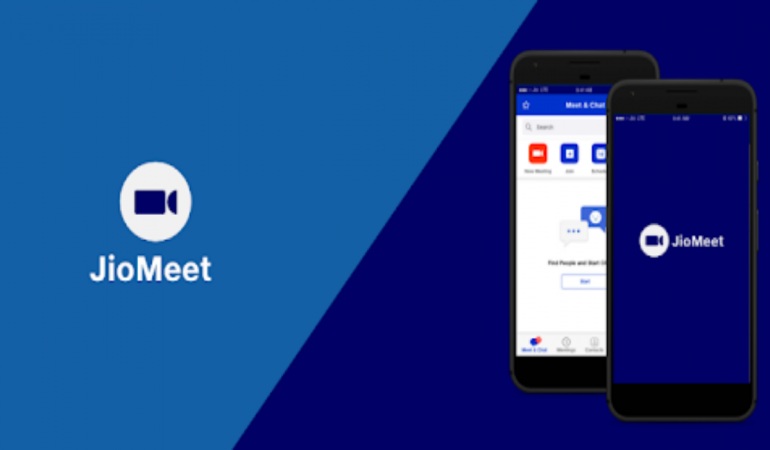 After raising billions of dollars from the likes of Facebook and Intel for its digital business, Reliance Industries has launched JioMeet video conferencing app with unlimited free calling that is being seen as rate war on rival Zoom.

The JioMeet video conferencing app is available across Android, iOS, Windows, macOS and web since Thursday evening after beta testing.

According to the company website, JioMeet supports HD audio and video call quality with up to 100 participants and offers features like screen sharing, meeting schedule feature and more.

But unlike Zoom, it does not impose a 40-minute time limit. Calls can go on as long as 24 hours, and all meetings are encrypted and password-protected, the company said.

Based on USD 15 per month charge for meetings of more than 40 minutes on Zoom (USD 180 on annual basis), JioMeet is providing the same functionality and more free of cost, translating into Rs 13,500 savings for a host per year, company sources said. According to app features listed on Google Play Store, JioMeet offers easy sign up with either mobile number or e-mail ID and allows creation of instant meeting.

The meeting in HD audio and video quality can be scheduled in advance and details shared with invitees. The company also adding that JioMeet allows unlimited meetings per day with each meeting going uninterrupted for up to 24 hours.

Each meeting is password protected and the host can enable ‘Waiting Room’ to ensure no participant joins without permission. It also allows creation of groups and starting calling/chatting on a single click.

Other features include ‘Safe Driving Mode’ while driving, multi-device login support for up to five devices and seamless switching from one device to other while on call. The app, which has already seen more than 5 lakh downloads on the Google Play Store and iOS, comes amid the government imposing a ban on 59 popular Chinese apps including TikTok on grounds that they threatened national security and data privacy.

The app was launched a day before Reliance announced fund raising from stake sale in Jio Platforms which has now totalled Rs 1.17 lakh crore from 11 investors, ranging from Facebook to Intel Capital.

Company sources said no restriction on time limit on JioMeet means teachers will not be required to cut short their classes as they are forced to do on Zoom. Also, the app allows national and international seminars as well as hosting of cultural and social events.

Unlike Zoom where users cannot expand a participant’s video, JioMeet meetings users can expand any participant’s video or shared screen’s video by a double tap. Also, JioMeet has two advanced meeting settings over and above Zoom options. First, it allows participants only from the host’s organisation. If enabled, only users from the host’s organsation can join that meeting, eliminating potential snoops from other IDs.

Secondly, it does not allow guest users — if enabled, every user will be required to sign up before joining the meeting hence restricting anonymous users from joining the call. Unlike Zoom, JioMeet users can switch from one device to another without dropping out of the call.