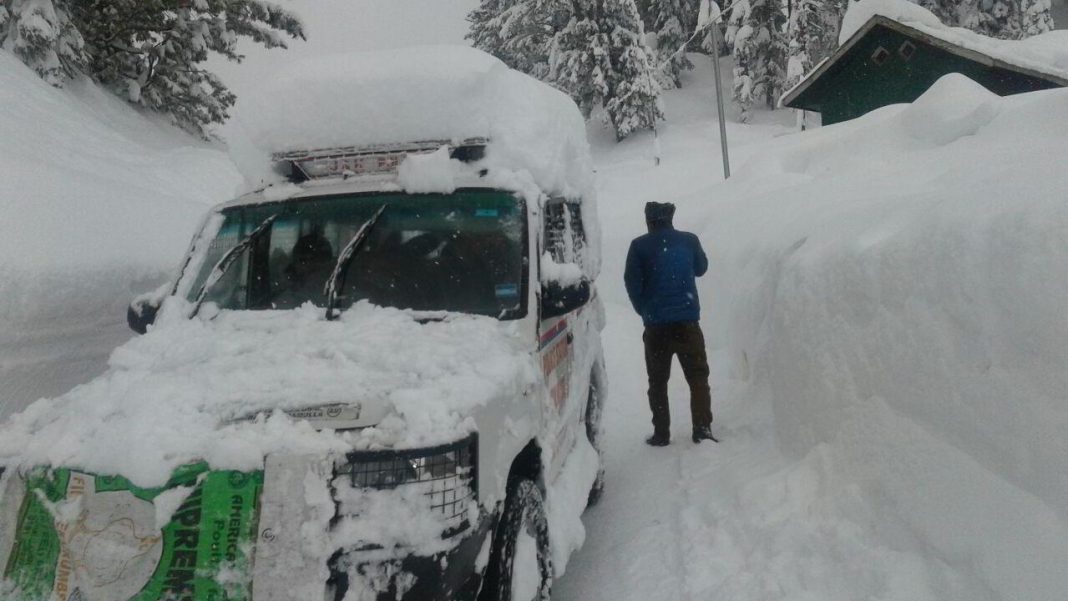 Record snowfall at various places in the Kashmir Valley continued to cut it off from the outside world for the fourth consecutive day even as the Met office forecast improvement on Friday.

The snowfall in Pahalgam, Gulmarg and here has broken its previous records of 2006 and 1992, an official of the Met office said.

“We are now expecting improvement in the weather from Friday onwards,” the official added as both surface and air links to the valley remained suspended.

No vehicular movement would be allowed on the Srinagar-Jammu highway until a review on Friday afternoon, a traffic department official said.

“There was just 200-metre visibility at the Srinagar International Airport in the morning. A decision on resumption of flight operations will be taken as the visibility improves during the day,” an airport official here said.

The minimum temperature here was minus 0.8 degree Celsius. “There has been 10.5 mm of rain and two cm of snow in Srinagar since Thursday,” the Met official added.

Jammu city at 8.3 degrees Celsius had 28.4 mm of rain on Friday, the weather office said.

The minimum temperature was recorded at 7.5 in Katra, zero degree Celsius in Bannihal, 0.1 in Batote, and minus 0.1 in Bhaderwah.

Following the mechanical removal of snow carried out at various places roads linking Srinagar to other district headquarters started functioning on Friday.

Power supply, however, remained erratic throughout the valley as consumers complained of power cuts for most parts of the day.