Carrying forward her protest against demonetisation, West Bengal Chief Minister Mamata Banerjee on Saturday marched to the Reserve Bank of India office here on Saturday, summoned the bank’s officials on the street and sought answers to her volley of questions about the currency situation in the state. “I have the right to seek information about […] 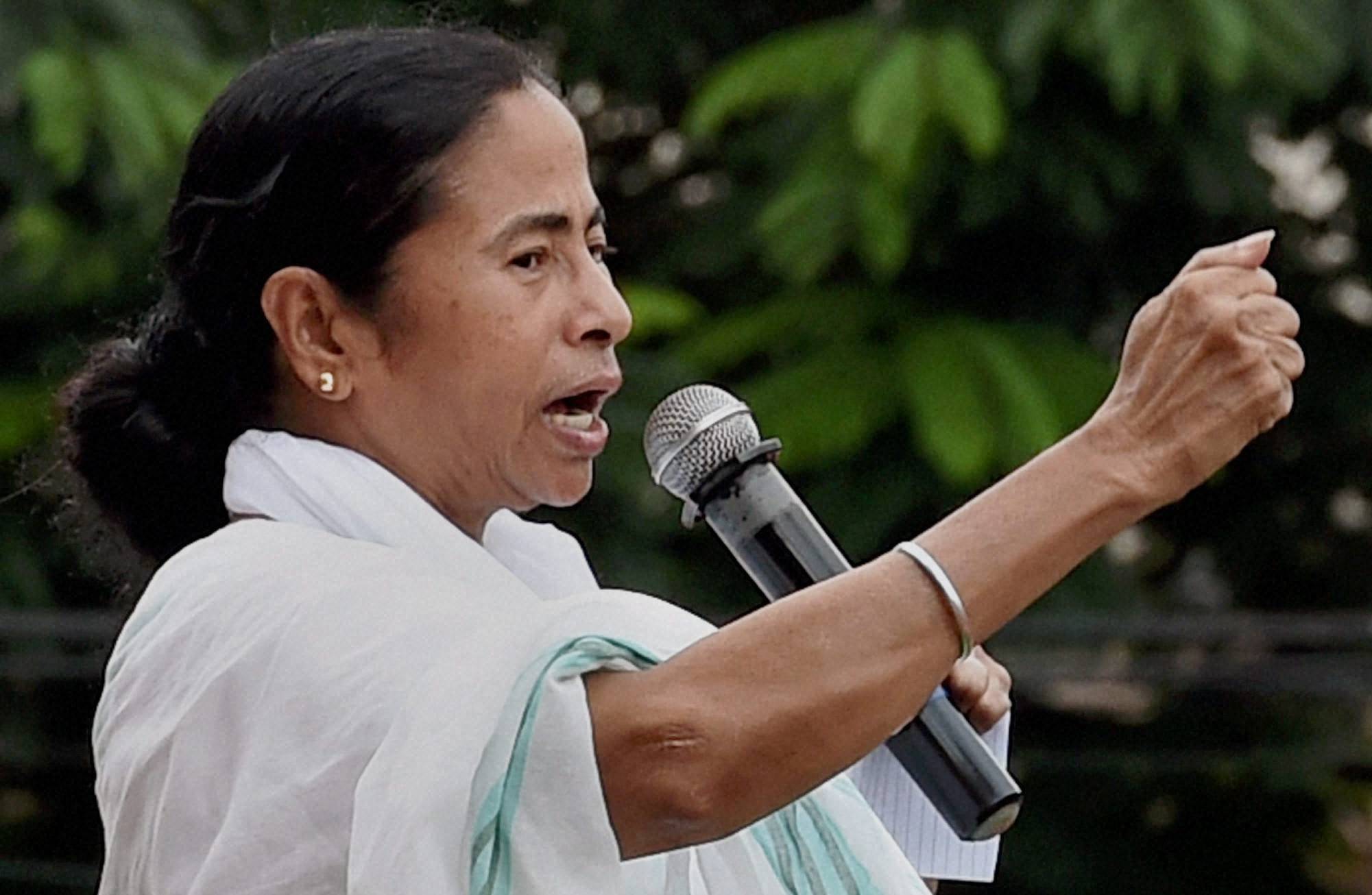 Carrying forward her protest against demonetisation, West Bengal Chief Minister Mamata Banerjee on Saturday marched to the Reserve Bank of India office here on Saturday, summoned the bank’s officials on the street and sought answers to her volley of questions about the currency situation in the state.

“I have the right to seek information about my state. In fact I would have liked to get information about the entire country. But you people only look after this region,” Banerjee told the RBI officials, who seemed visibly tense.

“People are not getting the money. So I need the information.”

When an RBI official told her “We will send the information to you,” Banerjee cut her short.

“That will not do. I am waiting. Go inside, collate the information and give it to me here,” she snapped.

When the RBI officials requested her to come inside the office, the Chief Minister flatly refused.

Banerjee, accompanied by her party’s Rajya Sabha leader Derek O’Brien and a posse of mediapersons, waited outside the RBI office in central Kolkata’s office hub, BBD Bag, for 40 minutes before the officials came out again with some pieces of paper.

An RBI officer told Banerjee they had Rs 5,586 crore worth notes.

But when Banerjee was told that the new Rs 500 notes had arrived only on Friday and were being despatched to banks on Saturday, the Chief Minister remarked “That means not a single one of them have been given to the people of my state so far.”

“Now you are saying you are sending. But will the notes reach people after there are more deaths?”, she questioned.

Banerjee also countered the official, when the latter said people can deposit old Rs 500 notes in banks and take out upto Rs 24,000 from the branches.

“No, they are not allowing. They are not giving. This is not the correct information.”

Banerjee told the officials that four people have committed suicide in the state over the past 48 hours as they could not withdraw money from banks.

“I have no personal grievances against any of you. What will you do if they (the government) don’t give you the notes? The government is only lying.”

“Situation is very bad. Please ensure notes are available in banks. Otherwise people will not accept all this,” she said.

When the official said “We will try” — Banerjee shot back, “Madam, try is a vague word.”

Banerjee asked them to give her the details of the information she had sought.

As two officials gave her two chits, she said “First calculate. You’re giving two separate chits. This means you are not prepared.”

She then asked the officials to go back to their office.

The West Bengal Chief Minister and Trinamool Congress supremo has been at the forefront of criticism of the Central government’s November 8 move to demonetise 500 and 1,000 rupee notes, and demanded its withdrawal forthwith.