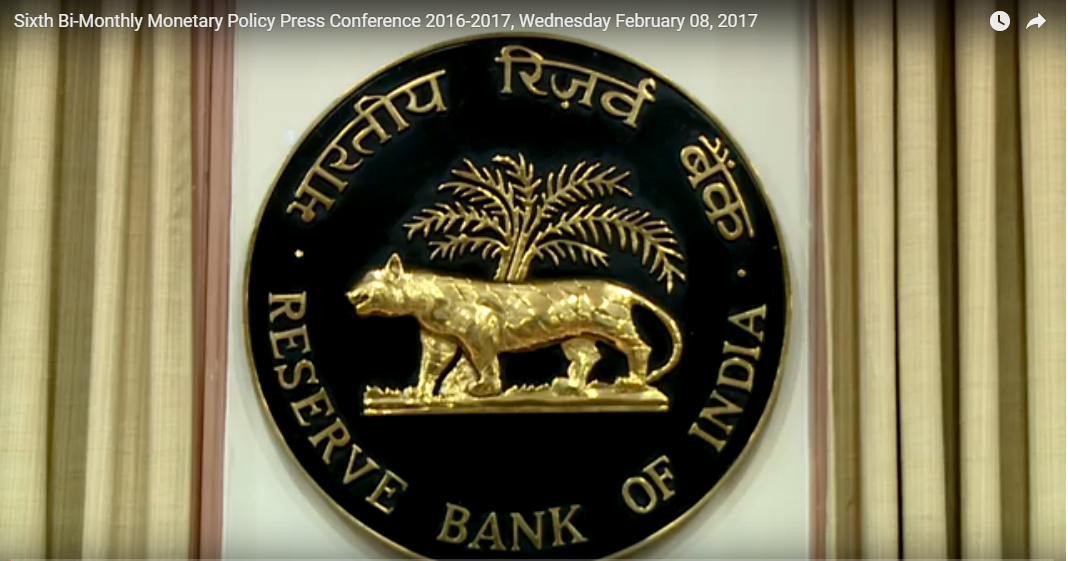 The Reserve Bank of India's (RBI) Monetary Policy Committee (MPC), during its third bi-monthly monetary policy review -- the sixth and the final one for the fiscal 2016-17, kept the repurchase rate, or the short-term lending rate it charges on borrowings by commercial banks, unchanged at 6.25 per cent.

The reverse repurchase rate automatically remained unchanged at 5.75 per cent.

"On the basis of an assessment of the current and evolving macroeconomic situation at its meeting today, the MPC decided to keep the policy repo rate under the liquidity adjustment facility (LAF) unchanged at 6.25 per cent," RBI said in its sixth bi-monthly monetary policy statement.

"Consequently, the reverse repo rate under the LAF remains unchanged at 5.75 per cent, and the marginal standing facility (MSF) rate and the Bank Rate at 6.75 per cent."

"The decision of the MPC is consistent with a neutral stance of monetary policy in consonance with the objective of achieving consumer price index (CPI) inflation at 5 per cent by Q4 of 2016-17 and the medium-term target of 4 per cent within a band of +/- 2 per cent, while supporting growth."

Investors showed their disappointment over the RBI decision to maintain status quo on its key lending rates.