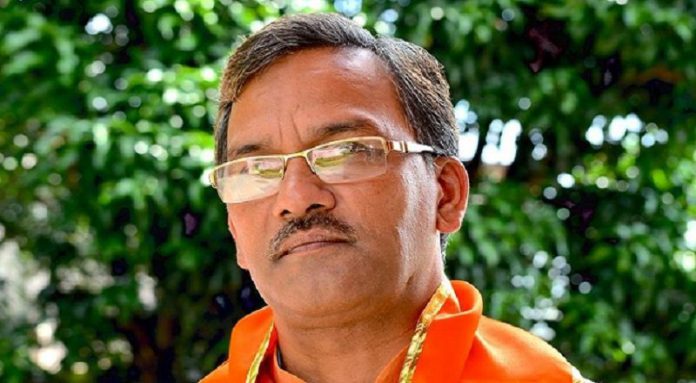 Trivendra Singh Rawat to become the next Chief Minister of Uttarakhand. After the massive victory of the BJP, his name was stamped in the party’s legislature.

Prior to party’s meeting today, he reached for a meeting with Prakash Pant. It is notable that Pithoragarh MLA Prakash Pant was also following in this race.

Trivendra Singh Rawat represents Doiwala seat. They are considered close to party president Amit Shah, at present. He is a RSS Pracharak from 1983 to 2002 and during that time he was the organization Secretary of the Uttarakhand region and later the state.

He first become an MLA from Doiwala Seat in 2002. Since then three times been chosen from there. He was also the Agriculture Minister of the state during 2007-12.

The swearing of the new government will be held at Parade Ground at 3pm on 18 March. Where Prime Minister Narendra Modi and BJP President Amit Shah will be present. Many other major party leaders of the country also have the possibility of attending the function.