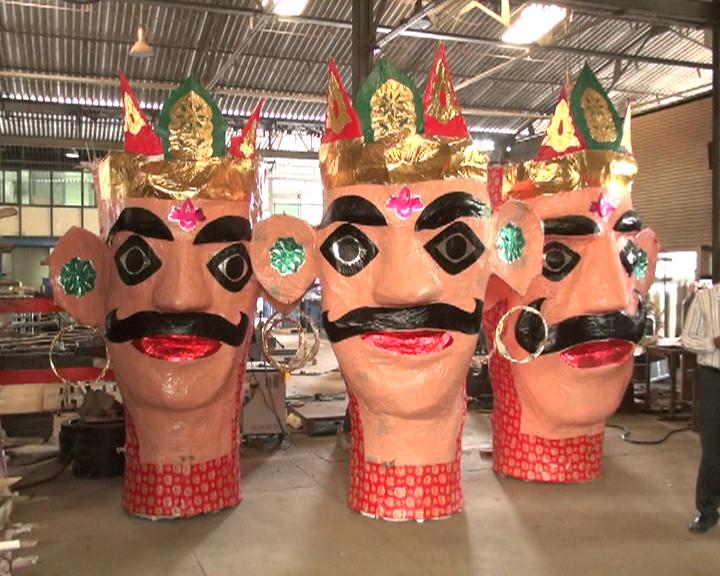 Now Ravan also feel the heat of Goods And Service Tax (GST) as this year the effigies of Ravan, Kumbhkaran and Meghnath becomes costlier in comparison to the last year. The cost increased about 20% after the implementation of taxes on various items used to make the effigies.

From July the GST was implemented on various items which increased the cost of the products. This year the effigies of Ravan, Kumbhkaran and Meghnath get costlier due to the taxes. Northern India Cultural Association (NICA) in Vadodara organise Ramlila and Ravan dahan programme for the last 36 years and this year they also paid the extra
amount as Ravan get costlier.

“This is the 37th year of celebration and like every year the Muslim artists especially from Agra came here to built the effigies. The effigies are about 55 foot in height and are ready from the Ramlila celebration. This year due to increase in taxes the Ravan also get
costlier for us. We hired the artists as per the deal and paid the amount after the completion. This year we pay extra amount to them as the rates increased due to the taxes,” said Praveen Gupta President NICA.