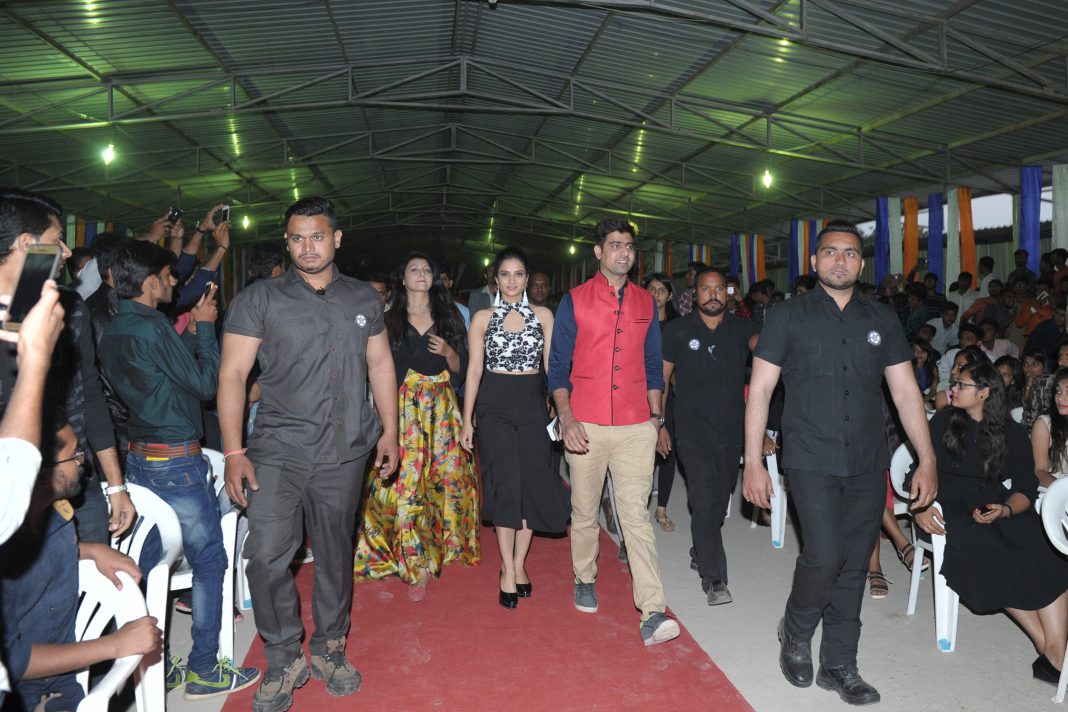 Most awaiting film of Gujarati film industry Ratanpur produced by Prolife entertainment private limited which is planned to release in winter. After the teaser the audience eagerly waiting for its release to feel the unexplored and mystic locations in Gujarat and promise to give a new dimension to the industry.

The film makers along with the star cast are busy in promotions of the film in colleges, cultural events and festivals. On Dev Diwali team Ratanpur was at Rai University in Dholka for the promotions and it was never forget event for them. There was a fresher’s party in the university and the team Ratanpur make every moment count during their stay.

The teaser of the much awaited Gujarati film ‘Ratanpur’ was released on 7th October. The film is a true Gujarati flavour movie which takes the audience to some of the unexplored and untouched locations in Gujarat.

The film ‘Ratanpur’ is a murder mystery shot in totally some of the new untouched locations in Gujarat. The film is about policing and the storyline is such that it can make the audience wait for the mystery to unveil in the next scene.

As the film director Vipul Sharma said “We want to make a film totally on international standards with reality. The locations are untouched and real which gives the perfect blend for our movie. Like Hollywood movies we shoot the scenes of that standard and maintain the authenticity about even small things in the film. We want to maintain the mystery of the film and only club one song in the movie sung by bollywood famous singer Sunidhi Chauhan shoot at the locations of Jaisalmer and Gondal palace. The song is the character of the film and it runs along with the story.”

The film has totally Gujarati cast to promote the local talent. The aim is to give them the platform and polish them for their future endeavors. Secondly the new and untouched locations in the film will help the other producers searching for beautiful locations to shoot.

Hardik Solanki HOD Rai Business School Rai University said it was a great experience for the students and they interact with the star cast and the film makers. The film is based on real life story which shows the fight against the bad things prevail in the society. Such promotions inspire the students to come to the college as they can get the extra dose of entertainment other then the studies. Some of the students even calls the film a Gujarati Singham as it shows the fight against corruption and negative things in the society. It also inspires us to protest against the wrong things and raise our voice.