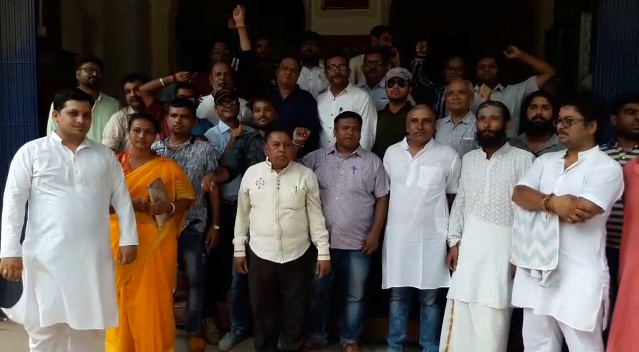 Rashtriya Parshuram Sena Vadodara branch gives a memorandum to the collector demanding to ban the film based on gang rape of two girls in Uttar Pradesh. They said the film tarnishes the image of Brahmins and hence demands immediate ban on the making of the film.

Leaders of Rashtriya Parshuram Sena and Samast Gujarat Brahmasamaj Kirit Joshi, Vishal Dave, Sanat Pandya and others gave a memorandum to the collector and mentioned about the incident. Two girls were gang raped in Bardayu district in UP and a film titled ‘Article 15’ is taking shape on the same incident. A trailer was also released on 27th May 2019. The film is scheduled to release in the month of June in this year.

The memorandum showed that the Brahman Samaj is involved in the crime but in actual situation, the accused are Yadav and the girls are not dalits. The scenes in the film is to tarnish the image of Brahman Samaj and hence they are demanding to ban the film immediately.