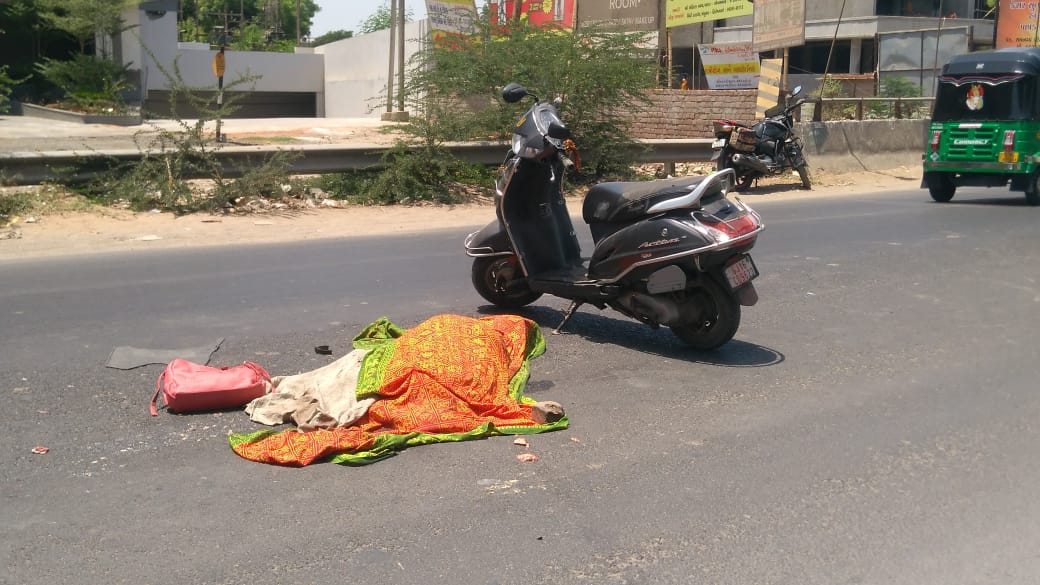 Knocked and crushed them under the wheels fled from the spot

A rashly driven water tanker knocked and killed mother son in Vadodara when both of them were on the way for some work. The incident happened near railway crossing on Atladara Padra road resulting in death of both which include one year old kid.

Nimisha Darji originally from Santrampur came to Vadodara along with his one year old son to stay at their relative house at Samiyala near Padra. On Friday she along with her son went out to purchase something on their activa when a rashly driven tanker knocked them near the railway crossing.

The accident was such horrific that the wheels of the truck crushed and killed both the mother son duo instantly on the spot. The driver fled from the spot after the accident. Manjalpur police reached the spot and hunt is on to trace the driver.