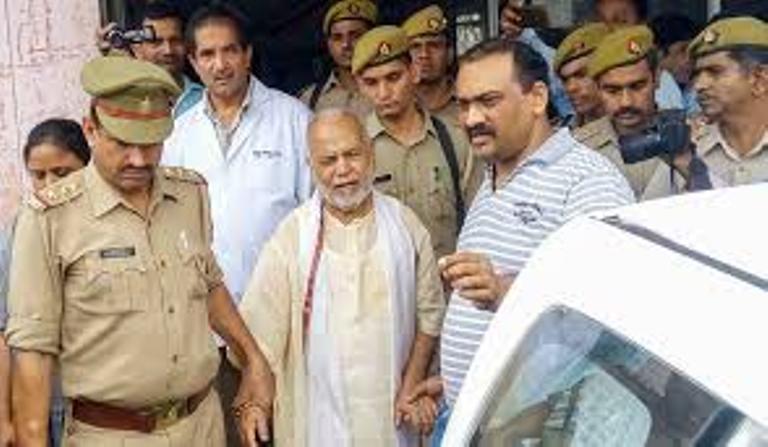 Bharatiya Janata Party (BJP) leader, who was arrested earlier on Friday, 20 September from Shahjahanpur after a UP law student filed rape charges against him, has been sent for 14 day judicial custody by a local court.

UP DGP OP Singh said that there had been no delay in the case. “On direction of the SC we had constituted an SIT team and after a inquiry we arrested Swami Chinmayanand from his ashram and he has been sent to jail.

According to reports, he said “There has been no delay in the case. We have also arrested three people over extortion threats to Swami Chinmayanand”.

He has been taken for medical examination to a government hospital. Singh said the SIT took signatures of Chinmayanand’s relatives on the arrest memo but there were no arrest-related documents, including a copy of the FIR, were given to them.

As Chinmayanand was taken to the hospital for medical check up, patients had to face a tough time as they were not allowed to enter the premises.