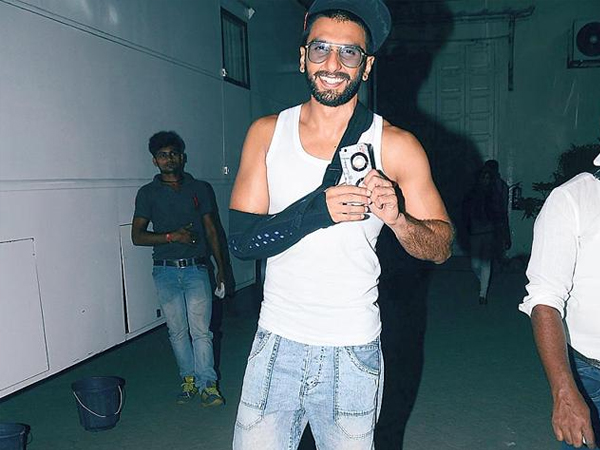 Bollywood star Ranveer Singh, who was scheduled to perform at the opening ceremony of the forthcoming Indian Premier League (IPL) season, won’t shake a leg at the event to avoid aggravating a shoulder injury.

Ranveer had injured his shoulder during a football match. He has been strictly advised by doctors to avoid performing at the cricket tournament’s opening ceremony on April 7.

“After multiple medical checkups, the doctors have strongly advised Ranveer Singh not to perform at this year’s IPL opening ceremony in which he was doing the grand finale act. They feel his high-energy performance would only overstrain his shoulder and aggravate the injury,” the actor’s spokesperson said in a statement.

However, Ranveer’s film shoot has not been disrupted.

“Ranveer will continue to shoot for ‘Gully Boy’ as per its shooting schedule which is not physically strenuous since only performance-based talkie scenes are left to be shot,” the spokesperson added.